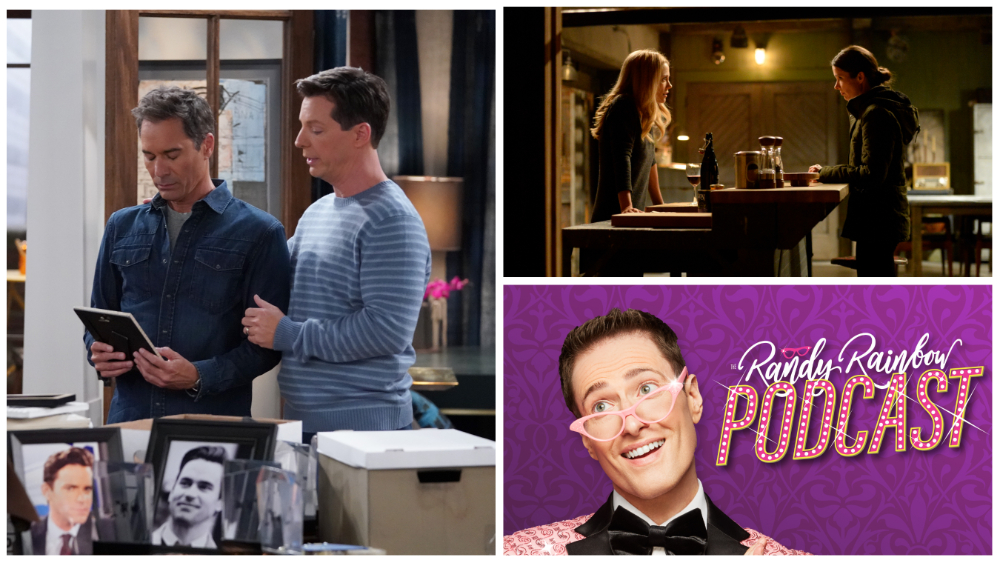 EXCLUSIVE: Hazy Mill Productions, the production company behind Sean Hayes and Todd Milliner, is ramping up its podcast slate.

The company, which is behind Hayes’ HypochondriActor series and upcoming show The Randy Rainbow Podcast, has new series from Eric McCormack and the cast of Grimm.

Hayes’ Will & Grace co-star McCormack has teamed up with Chicago Med’s Steven Weber for a celebrity dinner guest series. The pair, who have been friends since the TV Guide days, have spent twenty years arguing, laughing, singing, bitching and dining and will now do it on a podcast. Each episode, Eric and Steven will invite two celebrity guests over for dinner and together they will talk about their love of good food and the behind the scenes stories of their lives in entertainment.

The female stars of NBC fantasy procedural Grimm, which was exec produced by Hayes and Milliner, are getting together for The GrimmCast. Claire Coffee, Bitsie Tulloch, and Bree Turner will be hosting the rewatch podcast and sharing behind-the-scenes stories, show lore, and talk to special guests.

Finally, Steve Shenbaum, a former actor turned coach, who has worked with some of the biggest athletes in the world, is launching a show. Shenbaum, who appeared on Will & Grace and has his own consultancy firm Game On Nation, has worked with the likes of USWNT, the Los Angeles Lakers, and the New York Yankees. During the show, he will interview prominent leaders in the sports community to discuss their journey, their hardships and share the values that helped them excel not only in sports, but also in life.

The new slate comes as the company is beginning to roll out The Randy Rainbow Podcast. The show will launch on September 22 with guests including Hayes, Carol Burnett, Josh Gad and Jon Cryer.