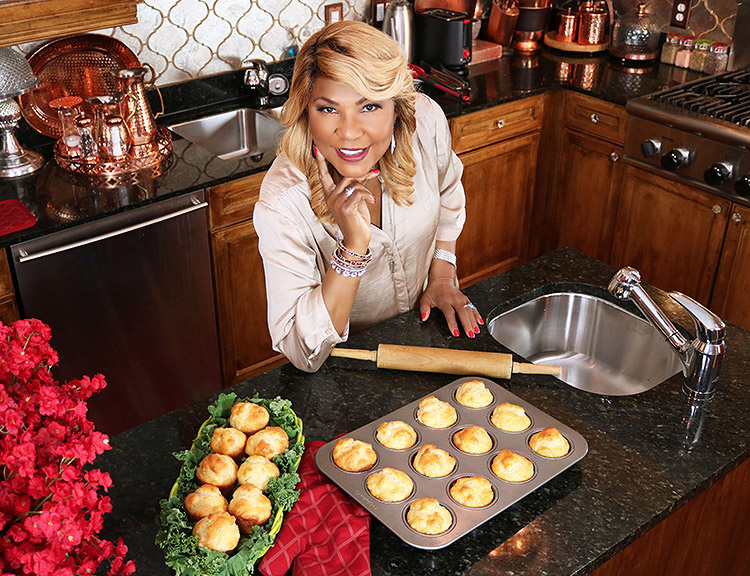 Braxton is developing a cooking format with Dorothy Toran and Leslie Farrell’s Lauren Grace Media. Cooking With Ms. E, which is inspired by her upcoming cookbook, will see her give viewers an inside look into one of her favorite places – her kitchen.

The series will also see Braxton joined by a number of guests in the kitchen as she bakes up recipes, including her famous buffins – a cross between a muffin and a biscuit.

Evelyn Braxton is an opera singer, certified life coach and mother of six including hit singer Toni Braxton. She is one of the stars of WEtv’s Braxton Family Values, which recently aired its seventh season.

It is the latest project to be added to their development slate, which also includes a true-crime series from Elisabeth Röhm and Malik Yoba, Amplified, a series about an ensemble of African American women based in Atlanta who are friends, driven entrepreneurs and all amputees, Born Yesterday, which explores the world of firsts for babies 0-18 months, Phantom Crown, a genre-bending thriller series based on the novel by Jim and Judy Othmer and Brick City Kings, which looks at the dating lives and twenty-year friendships of five Black alpha gay men from Newark, NJ.

“I am thrilled to collaborate with Lauren Grace Media. The first time I met Dorothy and Leslie, I knew my vision for the show aligned perfectly with theirs. Look at God,” Braxton said.

“We are so excited to partner with Evelyn on this wonderful cooking series. Her incredible ability to bring people together through her recipes makes all of Evelyn’s dishes food for the soul,” added Farrell and Toran.