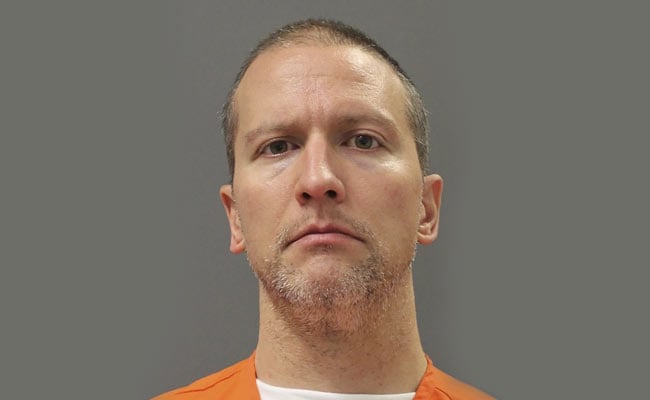 Former Minneapolis police officer Derek Chauvin has appealed his conviction for the murder of George Floyd, citing 14 complaints about his high-profile trial earlier this year in a case that roiled the United States and laid bare deep racial divisions.

The killing of Floyd, a 46-year-old Black man, in May 2020 went viral after being caught on camera and sparked America’s biggest demonstrations for racial justice in decades.

Chauvin, who in June was sentenced to more than 22 years in prison for killing Floyd by kneeling on his neck for nearly 10 minutes, appealed the conviction Thursday night with a Minnesota district court, on the last day he was able to do so.

He accuses the state of prejudicial misconduct and lists multiple issues with the jury selected for the trial, among other objections.

The former police officer accuses the court of “abusing its discretion” by denying requests to postpone or move the trial, and refusing to sequester the jury for its duration.

Chauvin, a 45-year-old white man, was filmed kneeling on Floyd’s neck, indifferent to the dying man’s groans and to the pleas of distraught passers-by.

Floyd repeatedly said “I can’t breathe” before he died.

The scene, filmed and uploaded by a young woman, quickly spread around the world.

Hundreds of thousands of people subsequently poured onto streets across the country and overseas to demand an end to racism and police brutality.

The ex-cop and three of his colleagues arrested Floyd on suspicion of having passed a fake $20 bill in a store in Minneapolis, a northern city of around 400,000 people.

They handcuffed him and pinned him to the ground in the street.

In the filed documents, Chauvin said he has no income and no legal representation in the appeals process. A defense fund that paid for his representation during the trial was terminated after his sentencing.

The sacked police officer, who was present for the full six weeks of his trial, did not testify, invoking his Fifth Amendment right against self-incrimination.

His lawyer said he had followed police procedures in force at the time and that Floyd’s death was due to health problems exacerbated by drug use.

But, at the end of the high-profile trial in April, a jury took less than 10 hours to convict Chauvin of Floyd’s murder.

The other three police officers are to face state charges next year for their roles in Floyd’s death.

Chauvin’s conviction was greeted with relief across the country.

Many had feared an acquittal would lead to worse unrest, while others worried that once again a white police officer would get away with what they saw as murder.

The Floyd family’s lawyer called the sentencing a “historic” step towards racial reconciliation in the United States.

Chauvin had a record of using excessive force before the unarmed Floyd died under his knee.

At the end of the trial, Chauvin offered his condolences to the Floyd family and said: “There’s going to be some other information in the future that would be of interest and I hope things will give you some peace of mind,” without elaborating.

Previous articleWatch: How To Make Delhi-Special Chole With No Onion, No Garlic
Next articleAmazon Launches Prime Video Channels In India – Deadline
LocalTak™Sabse Tez