Explained: The anti-defection law and why it still remains a toothless tiger 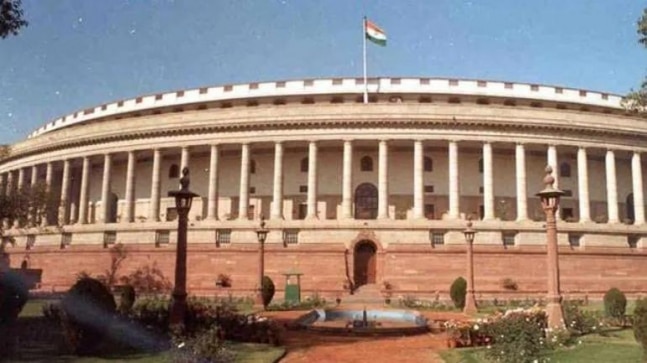 Article 102 of the Constitution of India lays down the grounds under which a legislator may be disqualified from being a member of the house. The first part of Article 102 elaborates several instances when such a disqualification may be done if the person holds any undeclared office-for-profit under the Government, if he is declared to be of unsound mind by a competent court, if he is an undischarged insolvent etc.

The second part of Article 102 gives authority to the Tenth Schedule of the Constitution to disqualify any member. It is this Tenth Schedule that is popularly known as the anti-defection law.

Defection is defined as a “conscious abandonment of allegiance or duty”. After the general elections of 1967, a large number of defections were witnessed by legislators across States and several State Governments were brought down from power as a result of these defections. Serious concerns regarding the situation were raised in the Lok Sabha by the then MPs and ultimately a high-level committee was set up under the then Home Minister Yashwantrao Balwantrao Chavan to examine the problem. Not long after, the committee submitted its report on the issue through which they not only defined what defection is but also provided exceptions for cases where the defection was genuine. After two unsuccessful attempts to bring in a law to deal with the problem, the Tenth Schedule finally came into being through the Constitution (52nd Amendment) Act in 1985.

1. It allowed for disqualification proceedings to be initiated against a legislator for their conduct both inside and outside the House. The legislators could risk losing their seat in the House as a result of this.

2. The Speaker of the House was the sole authority which could take a decision on the disqualification proceedings.

3. In cases of a split within a party or a merger with another party, legislators were however protected from disqualification.

Not long after the law came into being, legislators and political parties began to subject it to a stress-test. In 1992, the validity and the constitutionality of the Tenth Schedule was challenged before the Supreme Court in the landmark case of Kihoto Hollohan v. Zachillhu and others. The judiciary was compelled to intervene to decide the extent of the powers of a Speaker and acts of a legislator outside the House that could attract disqualification proceedings. At the time, the Supreme Court upheld the power of the Speaker to decide upon disqualification proceedings but also laid down that a decision taken by the Speaker would be subject to judicial review.

In 2003, the Constitution (91st Amendment) Act was introduced in the Parliament as a result of which the provisions regarding protection granted to legislators in cases of a split in the party under the Tenth Schedule were deleted. A committee headed by Pranab Mukherjee, who later went on to become the President of India, observed that the lure for office of profit plays a big role in encouraging defection and political horse-trading. The new law also stated that anyone disqualified under the Tenth Schedule would also be automatically disqualified from a ministerial post, whether at the Centre or State level. Although the amendment was brought with the intention of strengthening the anti-defection law, there were still some deep-rooted prevalent problems with it.

The judgment of Justice Rohinton Nariman in the 2020 case of Keisham Meghachandra Singh v. the Hon’ble Speaker Manipur has been crucial to the anti-defection law. Justice Nariman in his judgment spoke of setting up an external mechanism to deal with cases of defection.

“It is time that Parliament have a rethink on whether disqualification petitions ought to be entrusted to a Speaker as a quasi-judicial authority when such Speaker continues to belong to a particular political party either de jure or de facto. Parliament may seriously consider amending the Constitution to substitute the Speaker of the Lok Sabha and Legislative Assemblies as arbiter of disputes concerning disqualification which arise under the Tenth Schedule with a permanent Tribunal headed by a retired Supreme Court Judge or a retired Chief Justice of a High Court, or some other outside independent mechanism to ensure that such disputes are decided both swiftly and impartially, thus giving real teeth to the provisions contained in the Tenth Schedule, which are so vital in the proper functioning of our democracy” the judgment by Justice Nariman stated.

However, no step has been taken by Parliament to implement the serious suggestions made by the Supreme Court, leaving theTenth Schedule as nothing more than a toothless tiger.