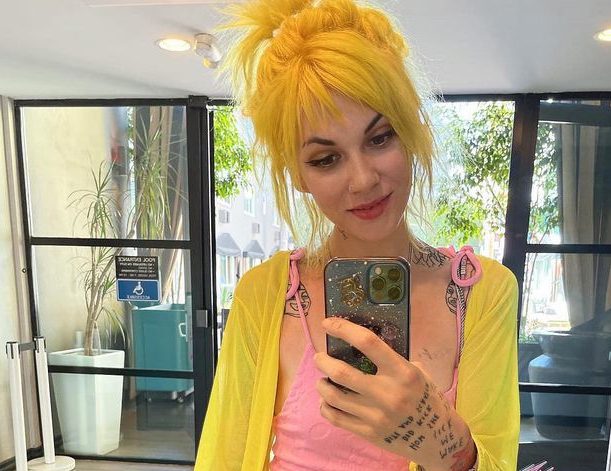 Laney Chantal, who appeared on Season 5 of SyFY’s Face Off, died this week of an accidental drug overdose, her family said. She was 33.

Chantal died Monday in Milford, Michigan, her family confirmed in a public obituary. They noted that she “struggled with various mental illnesses throughout her adult life.”

Born Alaina Chantal Parkhurst, Chantal joined Face Off in 2013 for its fifth season. However, she later voluntarily withdrew from the show, earning its fifth-place spot.

Despite the withdrawal, Chantal continued working in makeup, helping Bella Thorne and Marilyn Manson with their looks, among others. She created the “Head FX Makeup” for rapper Lil Nas X for his video “Montero (Call Me By Your Name)” in 2021. That clip won the Video of the Year award at MTV’s VMAs.

The family indicated Chantal moved from Michigan to Los Angeles after graduating high school in 2007 to attend the Cinema Makeup School. There she earned a certificate in special effects makeup.

“Alaina put her whole self; body, mind and soul into her jobs, no matter the size,” her obituary said. “Her artistic ability and visions quickly set her apart from other artists in her field and her portfolio blossomed.”

The family attributed her death to “an accidental drug overdose.”

The family asked for donations to be made to The Brain & Behavior Research Foundation in memory of Chantal.