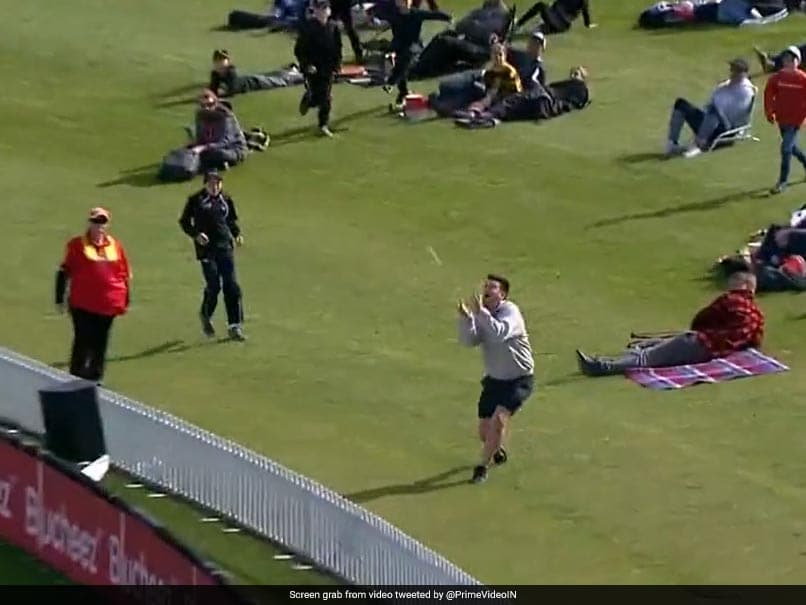 New Zealand, Pakistan and Bangladesh are currently squaring off in a tri-series, ahead of the T20 World Cup. On Wednesday, New Zealand defeated Bangladesh by 48 runs at the Hagley Oval in Christchurch. One of the loudest cheers during the match, however, was reserved for a spectator after he took a brilliant catch in the stands. The incident happened in the 16th over of the New Zealand innings when Glenn Phillips struck Shakib Al Hasan for a six on the third delivery.

A fan, who was sitting in the alley behind the cow corner boundary, settled down and pouched the ball, much to the delight of the crowd.

Phillips and Devon Conway struck half-centuries as New Zealand reached the final of the tri-series.

The hosts now face Pakistan on Friday, also in Christchurch, in the final of a series which is a tune-up for this month’s T20 World Cup in Australia.

Fresh from dispatching Pakistan in a nine-wicket victory on Tuesday, New Zealand put in another strong batting display to set Bangladesh a target of 208

Phillips produced a man-of-the-match performance by firing 60 runs off 24 balls.

The Black Caps struck early with the ball when Adam Milne, back after an abdominal strain, clean-bowled Najmul Hossain Shanto, who managed 11 runs from 12 balls, in the fourth over.

Their captain Shakib Al Hasan offered the most resistance with 70 off 40 balls including eight fours.

He was finally out when he edged his attempted shot over the cover to New Zealand wicketkeeper Conway as the game slipped away from Bangladesh.