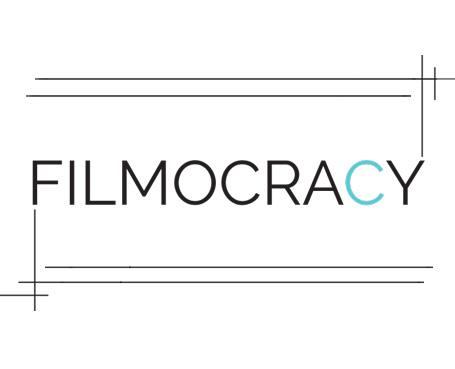 For the first quarter of 2022, twelve film festivals selected from hundreds of applications—all woman-helmed or themed—will share a total of $50,000 in funding, with half in cash and the remainder as in-kind services and education from Filmocracy’s industry-leading immersive film festival technology, currently employed by dozens of film festivals and markets around the world. Fellows will also be gifted VIP admission and participation in this year’s hybrid Filmocracy Fest, unspooling December 9th-12th in-person in Los Angeles and nationwide online.

Filmocracy established its Festival Fellowship program to support emerging film festivals and provide a strong foundation to enable them to thrive in the new competitive and evolving hybrid film festival landscape.  Led by Jun, Kaczmarczyk, and Filmocracy Fest co-founder Jon Fitzgerald and featuring guest experts and industry mentors, the program will also ultimately serve to support established festivals looking to elevate their programs, with new insights on operations, revenue streams and technological advances. Awarded four times a year, Filmocracy chooses fellows through a rigorous selection process based on need, mission, and traction to receive cash scholarships, hosting services, education, and support. Filmocracy’s mission is to support and accelerate film festivals that highlight diverse filmmakers with strong core values and missions. “Film festivals serve a critical function in the discovery of emerging artists and the curation of content. Up to this point they’ve received very little support in operating their events in which their costs usually exceed revenues. Filmocracy is going to change that,” says Jun.

Kaczmarczyk continues, “We’re extremely proud to be initiating a program that serves film festivals, an historically poorly funded group, and hone in even further with each cohort to focus on underrepresented groups in media. Our first winter cohort will be comprised of twelve incredible female-centric film festivals making a difference in the world of independent film. I have the utmost confidence in Jon and Paul’s ability to elevate our cohort to the next level.”

Fitzgerald, co-founder of Slamdance and former AFI Fest and Santa Barbara festival director, with 25 years of experience in the festival industry, says, “I look forward to working with Paul and his Filmocracy team to foster this next wave of film festivals, as these events continue to play a significant role in the marketing and distribution of independent films.”

The winning festivals for the first quarter of 2022 are:

Praise for the program and the awards have already begun to come in from around the world as festival directors learned of their awards:

Etheria Film Festival: “Filmocracy’s Festival Fellowship will take our festival to the next level, and THAT is exciting for us, but also for our amazing filmmakers who deserve the best from us.”—Heidi Honeycutt/Stacy Hammon.

The Girl Improved Film & Television Festival: “The Girl Improved Film & Television Festival, supported by WIFT Austin, is honored to be part of Filmocracy’s first Festival Fellowship cohort. Filmocracy’s platform enables us to showcase girl and nonbinary student filmmakers, giving them the recognition they deserve. Together, Filmocracy and GIFT Fest are creating radical change in the entertainment industry by spotlighting the next generation of female and nonbinary filmmakers.” –Andee Kinzy

Melbourne Women in Film Festival: “The team at the Melbourne Women in Film Festival are excited to be going on this journey with some incredible festivals supporting women’s filmmaking and exploring ways to take our festival to the next level in Australia and beyond. It’s an important acknowledgement of the hard work that these festivals do to elevate the stories and creativity of women across the world” –Dr. Sian Mitchell.