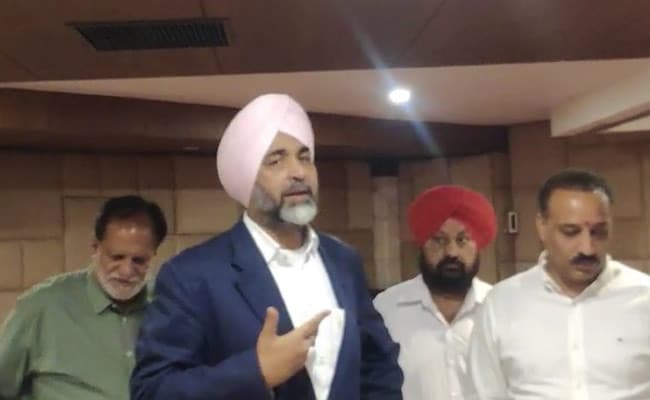 Manpreet Singh Badal is 59-years-old and is a five-time MLA and two-time state cabinet minister.

Punjab Finance Minister has broken silence on the Congress’s churn in the state and welcomed “young leader” Charanjit Singh Channi as Chief Minister.

“Captain was leading the Punjab Congress for 21 years and was the chief minister for nine and a half years,” he told reporters in Ludhiana.

This is the first time Mr Badal has spoken on the issue, he had avoided commenting on the Congress crisis in the state. Welcoming generational change, he said, “There comes a time when the old has to make way for the new generation.”

He further pointed out that former Chief Minister Amarinder Singh is 78, 20 years older than Mr Channi who is 58-years-old.

Mr Badal is said to enjoy a good rapport with Congress leaders Rahul Gandhi and Priyanka Gandhi Vadra and supposedly played a role in the last-minute change in the choice for Punjab CM.

The finance minister himself is 59-years-old and is a five-time MLA and two-time cabinet minister in the state.

The crisis in the party started with party leaders’ dissatisfaction with Mr Singh, who was allegedly seen as inaccessible and unable to deliver on poll promises even after four years of returning as Chief Minister.

The Congress party faced a crisis of leadership with senior leader Navjot Singh Sidhu and Captain publicly attacking each other, deepening existing fault lines within the party in the state. Both leaders had the support of fellow party members who publicly made allegations of incompetence, malicious intent, and corruption against each other.

Mr Sidhu criticised the former Chief Minister for being soft on the Badals and inaction on the accused in the sacrilege case regarding desecration of the Guru Granth Sahib. He also accused the state government of letting the big players involved in the drug menace get away.

Congress legislators also complained of the government being run more by bureaucrats and said they felt sidelined from governance. All of these led to intense drama which saw Mr Sidhu briefly become the president of the party in the state and then resign from the party dramatically after Mr Channi’s appointment as Chief Minister.