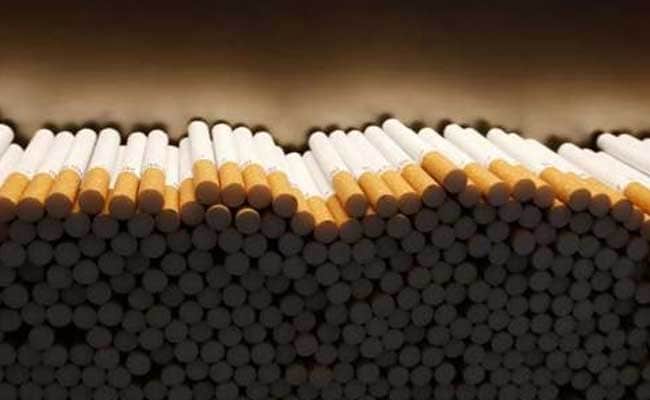 The Customs department on Tuesday seized 4,93,400 sticks of foreign cigarettes valued at Rs 98.68 lakh in Guwahati through two consecutive operations.

Based on specific intelligence gathered regarding the transportation of smuggled cigarettes of foreign origin through couriers, the Customs department, Guwahati received the information on Tuesday that a consignment of cigarettes of foreign origin had been booked at Blue Dart Express Ltd., located near the junction of Zoo Road and Ambikagiri Nagar.

“A customs team immediately proceeded to the said location and identified the specific consignment containing the cigarette packages as per the AWB number received. A total of 5 packages had been booked under the said AWB and on checking the contents of each package, the customs officers detected cigarettes of foreign origin viz., WIN and ESSE LIGHT brands of Chinese and Korean origin. A total of 1,48,000 sticks of foreign origin cigarette valued at Rs 29,60,000 was recovered and seized in the instant case,” a senior official of the Customs department said.

He further said that the contents of all the packages had been declared as “Damaged Fabric Garments”.

“Further, immediately after the detection of the first case, fresh information was received that a vehicle containing a huge consignment of smuggled foreign cigarettes was approaching the immediate area of Blue Dart Express Ltd., located near the junction of Zoo Road and Ambikagiri Nagar and the consignment of cigarettes was meant to be unloaded at Blue Dart Express Ltd. As soon as the said vehicle which was coming from Ganeshguri side took a U-turn at the above junction, the customs team intercepted the vehicle and on preliminary search of the packages loaded on the said vehicle detected cigarettes of foreign origin viz., ESSE LIGHT SUPER SLIM, Made in Korea. While one person managed to flee away in the ensuing melee, one person was apprehended,” the official said.

He also said that subsequent detailed checking of the 8 packages including one big-size steel trunk resulted in the recovery of 3,45,400 sticks of cigarettes of the above brand and valued at Rs 69,08,000.

“In total, Guwahati Customs has seized 4,93,400 sticks of foreign cigarettes valued at Rs.98,68,000 on Tuesday through two consecutive cases,” the Customs official said.

Besides today’s seizure, Guwahati customs has in the recent past detected 45,54,627 numbers of cigarette sticks in 29 different cases and the value of the seizures is Rs 7,35,56,680.