Formula 1 Shakes Up Format To Give Fans An Extra ‘Sprint’ 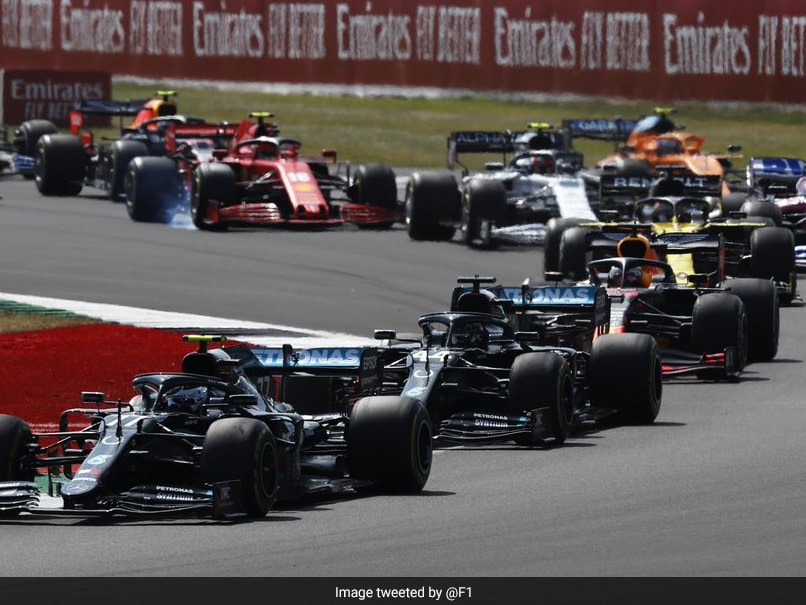 As fans return to Silverstone for the British Grand Prix, Formula 1 will welcome them with a jazzed up format that adds ‘the Sprint’, effectively an extra race, on Saturday. With UK coronavirus restrictions relaxing, Silverstone can host a capacity crowd of 140,000 on all three days. The changes on the first two days are an effort to provide that crowd, and viewers, with more action. They are an experiment that will be repeated, at most, at two more races this season. Ross Brawn, the F1 sporting director, told the F1 website he hoped for a “much more complete weekend with three days of intense competition.”

Not everyone is convinced.

Seven-time champion Lewis Hamilton predicted the Sprint will be “a train”.

“The race remains on Sunday”, said Jean Todt, the president of the FIA, the governing body of motorsports.

The Saturday event, organisers are calling either ‘Sprint Qualifying’ or ‘F1 Sprint’ is the eye-catching innovation, but its introduction has a knock-on effect which will be noticeable from the start of the weekend.

Friday will open as usual with a practice, but it has been moved to the afternoon.

It is followed by “qualifying”, switched from Saturday afternoon to early Friday evening to give “the first day of track action some gravitas and a crescendo event,” said the F1 web site.

The later start is designed to make it easier for viewers who work to watch.

F1 is seeking “better media coverage with Fridays that will finally come to life,”  Brawn said.

Instead of deciding the grid for the main race, qualifying will sort out the starting order for a mini-race on Saturday afternoon.

The Sprint will last 25-30 minutes and be run over 100km, which at Silverstone means 17 laps. That compares with 52 laps and just over 306km for the race itself on Sunday.

F1 describes it as “a short and fast-paced racing spectacle – similar to a Twenty20 cricket match – with drivers racing flat-out from start to finish without the need to pit.”

In addition to determining Sunday’s grid positions, the sprint offers a small number of championship points: three for first, two for second and one for third.

While there will be “a special post-Sprint presentation for the top three”, Formula One stressed it will not include a podium or national anthems.

“The thing to remember about Sprint Qualifying is that its intention is to expand the whole weekend,” said Brawn. “It is not intended to impact the race event. The Grand Prix is still the vital event of the weekend.”

“Sunday’s Grand Prix is fantastic, and we don’t want to cannibalise that, but we want to lift up the engagement on a Friday and a Saturday.”

Not everyone is convinced the Sprint will provide “100 kilometres of action.”

“It’s going to be a train, probably,” said Hamilton. “Hopefully there’ll be some overtaking, but it most likely won’t be too exciting.”

Todt said he was “not a big fan” and does not want to call the Sprint a race.

“I don’t think Formula 1 needs it,” he said. “On the other side, if people want to try something, it’s not going to hurt the race on Sunday.

“It costs nothing to try.”

The format is still an experiment, which F1 intends to repeat at Monza in September and at one other race. Brazil has been ear-marked but F1 acknowledges that the coronavirus pandemic could put paid to that race.

“If it doesn’t work, we put hands up and we will think again,” said Brawn.