Frank Price To Retire As USC Chair, With Donna Langley Stepping In – Deadline 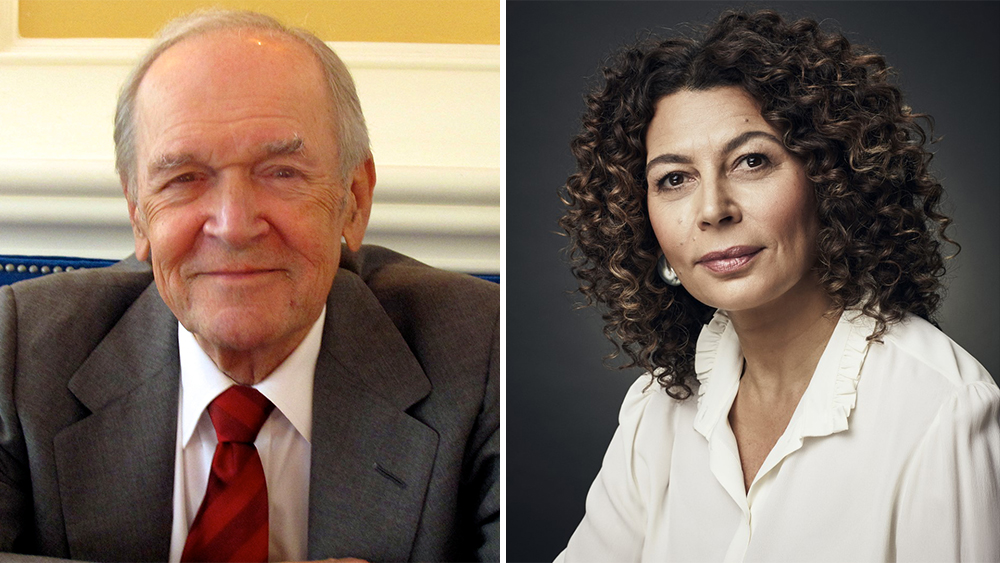 Frank Price, who serves as Chairman and CEO of Price Entertainment Inc., is retiring from his role as Chair of the USC School of Cinematic Arts Board of Councilors at the end of spring semester, with Donna Langley taking on the role for the year to come.

Known as the Chairman of Universal Filmed Entertainment Group, Langley has served on the USC Board since 2019. Price’s retirement was announced today by Elizabeth M. Daley, Dean of the USC School of Cinematic Arts.

“The School would not be where it is today without Frank Price,” said Daley. “He has been an invaluable partner and leader of the Board of Councilors for the past 29 years and has worked tirelessly to ensure that SCA sits at the forefront of the industry in all areas of cinematic arts. His guidance has ensured that our students are fully prepared to meet the demands of this ever-changing industry. We are forever grateful for all the work he has done on behalf of our students. At this moment of transition, we are honored to have Donna step into the Chair. Her insights and experience are invaluable and will continue to ensure we are global leaders in education in film, television, games and other forms of entertainment media.”

“My work at SCA has been one of the most rewarding parts of my career,” said Price. “Seeing students step into the entertainment world ready to meet the challenges and demands of this continuously evolving industry gives me immense joy. My partnership with Elizabeth Daley over the past three decades will remain a highlight. I am thankful that Donna is stepping into the role of Chair for the next year. Her extensive experience, invaluable leadership and vision will ensure the School and its students will continue to thrive on a global scale.”

“It has been an honor to work alongside Frank and my colleagues on the Board the past two years,” added Langley. “Frank’s commitment to the students over the past 29 years has been an inspiration to us all. I look forward to continuing to work on behalf of the students to ensure SCA remains at the forefront of the industry.”

A founding member of the Board of Councilors who has served as Chair since its inception in 1992, Price has long been instrumental in bringing other industry leaders to join the Board—the goal being to keep SCA at the forefront of education, for the next generation pursuing careers in entertainment.

Price was first introduced to the School while serving as CEO of Columbia Pictures, when he green lit Boyz ‘N The Hood, from USC alum John Singleton. The drama, which Singleton wrote as his thesis script, would go on to become a cultural phenomenon upon its release in 1991, landing him an Academy Award nomination for Best Director. (At 24 years of age, he was the first African American and youngest person ever to be nominated for this award.) Developing a close relationship with the late writer-director, Price then agreed to help the School grow by forming the Board of Councilors. Supervising the SCA’s curriculum, as well as its fundraising efforts, Price and his wife would also go on to establish the School’s Katherine and Frank Price Endowed Chair for the Study of Race and Popular Culture, in 2005.

Since the founding of the Board, the School has grown its endowment substantially, adding new divisions in Games, Interactive Media, Animation and Digital Arts. Under Price’s leadership, it expanded its recruitment efforts, along with offerings of financial aid to students from underrepresented communities, while creating new industry engagement opportunities for young alumni.

A founder of The Hollywood Reporter‘s Women in Film Mentorship Program, Langley’s move into the USC Chair role tracks with her reputation, as a passionate advocate for mentorship and female empowerment. Outside of Universal, she is also an Ambassador for the Vital Voices Global Ambassadors Program, having served on that organization’s Board of Directors since 2013.

Founded in 1929, in collaboration with the Academy of Motion Picture Arts and Sciences, the University of Southern California’s School of Cinematic Arts is widely known to be one of the leading media schools in the world. Its alumni have been met with Academy Award and Emmy nominations on a yearly basis since 1973.