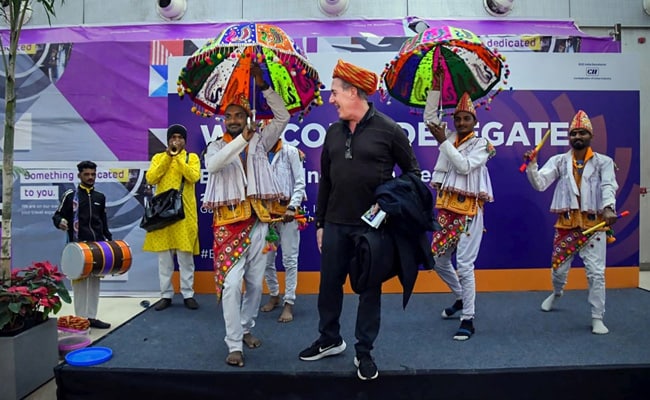 The three day B20 inception meeting has begun in Gandhinagar, Gujarat.

Several policymakers, including Commerce and Industry Minister Piyush Goyal besides business leaders and senior executives representing businesses of the G20 countries are participating in the three-day B20 India inception meeting, which commenced here on Sunday.

As India holds the presidency of G20 in 2023, it will host the 18th G20 Summit in September. The Business 20 (B20) is amongst the most prominent official engagement groups in G20, with companies, business associations and multilateral organizations as participants.

The G20 or Group of 20 is an intergovernmental forum of the world’s major developed and developing economies. It comprises Argentina, Australia, Brazil, Canada, China, France, Germany, India, Indonesia, Italy, Japan, the Republic of Korea, Mexico, Russia, Saudi Arabia, South Africa, Turkey, the UK, the US, and the European Union (EU).

The Confederation of Indian Industry (CII) has been formally designated as the B20 secretariat by Government of India to lead and host B20 during India’s G20 presidency.

“The inception meeting will bring together several policymakers, thought leaders, business leaders, CEOs and senior executives representing businesses of the G20 countries along with the presence of the representatives of several multilateral organisations, stimulating enriching discussions and deliberations on the business agenda under B20 India,” CII said in a statement.

B20 India will work through seven task forces and two action councils.

During the course of the presidency, B20 India will host a series of discussions and policy advocacy initiatives, across India, covering the identified industry priorities, with the aim to realize the B20 strategic vision and translating it into concrete and actionable policy recommendations, it added.

“Out of the many initiatives planned by the B20 India Secretariat, the inception meeting officially inaugurates the presidency work of all the task forces and action councils under B20 India,” it added.

Maruti Suzuki Hikes Car Prices Across All Models From Today