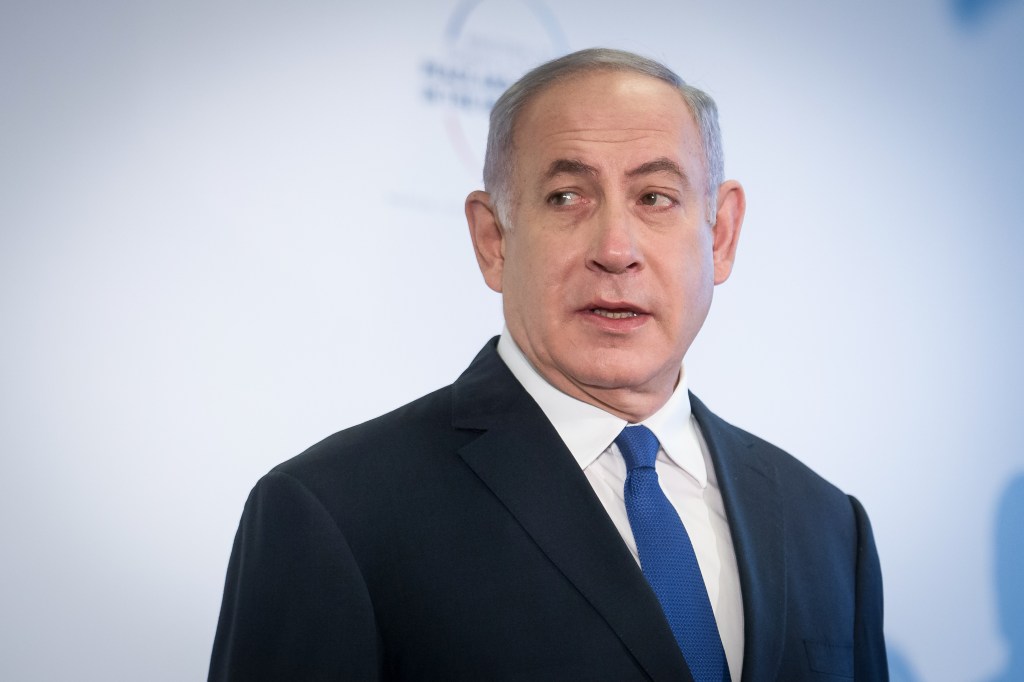 Deadline can reveale the Reeperbahn Special Unit 65 producer, which we last week reported had sold to Leonine Studios, is working on The Netanyahu Paradox and Lost at Sea – The Longest Night (working title).

The company has also confirmed a second season of Reeperbahn – Special Unit 65. It is already part-funded, with the award-winning doc series about German cops fighting organized crime in the 1980s moving into the 1990s for a new run.

The news came in a wide-ranging interview with Gebrueder Beetz co-founders Christian and Reinhardt Beetz, in which they discussed how being part of a consolidated group would impact their independent approach and revealed the existence of a deep development fund that will allow them to make up to 15 premium doc series and/or one-offs per year. You can read the full interview below.

“It’s a huge step, going from a family business to a consolidated business,” Christian Beetz told Deadline. “After 20 years in the market, we know the challenges and the changes in the space, and Leonine will help us to grow and to make what we love: crime docs, series and premium factual.”

The Netanyahu Paradox, currently in pre-production, is a feature-length doc from Inside the Mossad’s Duki Dror. It’s based on the best-selling biographies of Netanyahu chronicler Ben Caspit, who has unrivalled access to the politicians’ inner circle.

The doc will look at how Netanyahu’s personal demons and abusive relationships within his family affected how he led Israel and the Middle Eastern region to the brink of disaster.

Netanyahu, who led Israel between 1996 and 1999 and then 2009 and 2021, is attempting another tilt at power. However, reports this week suggest the bloc he leads will not form a new coalition government after failing to get the required number of seats.

Lost at Sea – The Longest Night is also a feature-length doc. Parkinson, who was Emmy-nominated for Lucy, the Human Chimp is helming the project.

It tells the story of how French skipper Kevin Escoffier was rescued during the 2020-2021 Vendee Globe, known as the world’s toughest sailing race, or the ‘Everest of the Seas,’ in which sailors traverse the world solo, non-stop and without assistance.

He ran into trouble when he boat’s hull broke in half and sent a mayday message before going silent. Fellow sailor Jean Le Cam later found Escoffier alive and took him onboard another vessel. Earlier this year, Deadline revealed Parkinson is making another sea rescue feature, Last Breath, starring Woody Harrelson, Simu Liu and Djimon Hounsou.

Read on for more on the future for Gebrueder.

DEADLINE: How did the deal with Leonine come about?

Christian Beetz: More than a year ago, [Leonine Studios CEO] Fred Kogel asked us to meet. We thought it would be about collaborating on docs, as Leonine is strong in drama and fiction already, but surprisingly he was asking about a deeper partnership. Many international players were talking to us about similar partnerships but we thought the meeting with Fred went so well that this was the right deal.

DEADLINE: How do you feel about it now it’s over the line?

CB: It’s a huge step, going from a family business to a consolidated business. After 20 years in the market, we know the challenges and the changes in the space. Leonine will help us to grow and to make what we love: crime docs, series and premium factual. One important point to make is we are the only ones making premium documentary at Leonine, which is different to other companies and that was the difference to those other offers. Working with Fred, we want to build a new doc powerhouse.

Reinhardt Beetz: It’s a big change but also no change. We wanted to grow by ourselves but now have a partnership that makes some of that process easier; and we know Fred and Leonine and their aims internationally.

DEADLINE: In the shorter term, what does Mipcom Cannes look like for you now?

CB: We’re doing it by ourselves so we can explain what this all means and how people can work with us. I’d call it a ‘classic Mipcom’: back-to-back meetings.

We’re still working with our traditional distribution partners such as Fremantle, Off the Fence, One Gate Media and Blue Ant International and we want to do distribution case by case. We’re doing so many different docs: cinematic one off docs like Eternal Me, the next film from the directors of The Cleaners, and that’s with Dogwoof because they are the right partners for it internationally. A Century of Sex Education is with Off the Fence — a two/three-part series that will be sold at Mip. We don’t want to build our own distribution brand because out collaborations with partners are so good.

DEADLINE: Reeperbahn Special Unit 65 was up for a Series Formats award at the Hamburg Film Festival. How did that come about?

CB: Reeperbahn entertains the same way as fiction but is a true story, with true characters. At the center, it is still archive but it’s entertaining like fiction would. We won the [Special Prize] producers’ award, which is a great example of how the world is changing; there’s no big difference between so-called prime documentary series and fiction. It was the first time we were in a fiction competition and we won. We’re already working on a second season, from the perspective of the cops fighting against organised crime in the 1990s over five parts. The first began in the 1980s. It’s already partly funded by film funds and is in pre-production.

DEADLINE: What other projects are on the go?

RB: We’re going out with a series called The Netanyahu Paradox, working with partners in Israel. We’ve worked on a high-end series on Mossad and current affairs with them and this is a new one with insights into the network of the Netanyahu family. We’ll be having the first talks in Cannes. We’re also working with Sky Originals, we have a project with NBCU and another with Fremantle.

DEADLINE: What does success look like for you in a year’s time?

CB: The big change right now is we have a multi-year development fund with Leonine, which means we can develop 10-15 prime documentary series and one-offs a year, or at least the possibility if we find the right partners. For example, right now we’re working with Alex Parkinson from the UK, who did Lucy, the Human Chimp. We’re developing a prime doc, Lost at Sea – The Longest Night, about a huge rescue story based on Vendee Globe in 2020 — one person, one boat. Kevin Escoffier was lost in the ocean 1,000km away from land and his last message before his rescue was an SOS. We had the idea, we called Alex with it and told him we had the development fund, and now we’re prepping it for the market.

DEADLINE: That’s a very international project. German TV is sometimes considered quite insular but Gebrueder seems to have always taken a different approach. Is that a fair criticism of German television and how have you avoided falling into that?

RB: Maybe because we’ve always focused on the international market from minute one, 20 years ago. We’ve always developed stories with directors and talent from around the world. Here in Germany, we work with public broadcasters, and those stories need a local angle. That’s the same if you’re working out of the U.S. and elsewhere in the world. It’s always the challenge but we’ve been okay in our approach by telling general stories that work for the international audience.

CB: We’ve always felt like a little like outsiders here in Germany. Our brains have always been more outside Germany than in it.

RB: We are working with the international community and we will continue that whatever the case, and Leonine makes it easier in certain respects. The international market is more of a challenge than ever but we think this the right step for us. We want to open our arms and invite people to work with us.

The development fund is super important for us. In Germany, there are only small development funds available and often we have paid people out of our pockets to develop shows. We expected those stories to work but it was hard. All in all this is a great partnership.