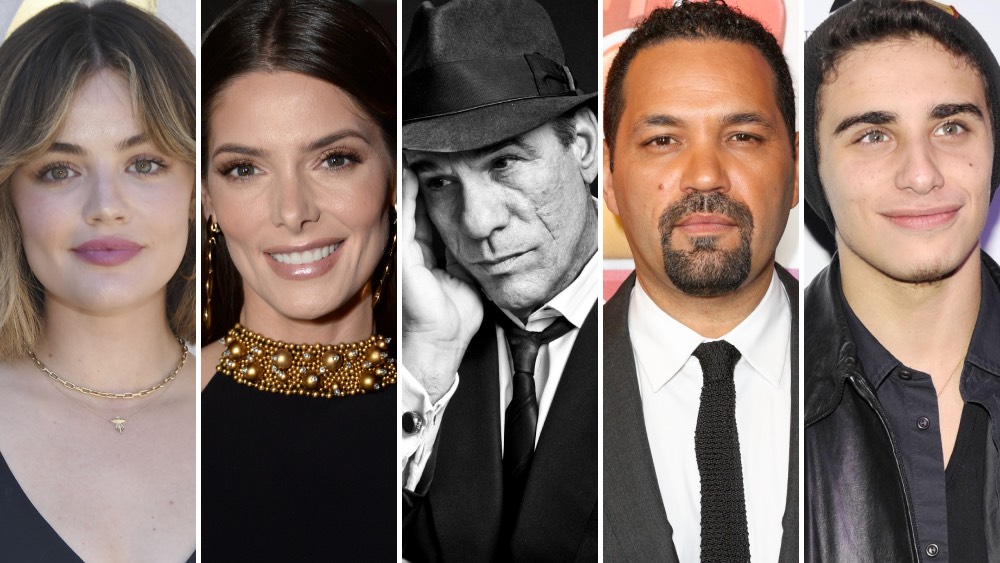 In Gemini Lounge, demoted detective Bobby Belucci (Hirsch) is given the opportunity to go undercover and take down the mob’s most ruthless killer, but his life and only chance at redemption spiral out of control as he loses himself in the role. Global Ascension is producing in partnership with Abeckaser’s 2B Films and Kyle Stefanski’s Wild7 Films, with Stefanski also set to appear in the feature, and Abeckaser playing Roy Demaeo, the gangster the film centers around. Additional producers include Gustavo Nascimento, Jon Brewer and Sarkissian’s producing partner, Josh Macciello. Production is underway in Los Angeles, with additional filming to follow in New York.

“We are so excited to have Lucy join the cast as our female lead, Gina. She brings incredible range and charisma and it is a really exciting role,” said Abeckaser. “This will be my second film directing Ashley and she always kills it. In this role she will showcase both a soft side and a tough side, which her fans will be excited for, especially in such a notable gangster story.”

“My goal with Global Ascension is to create quality films that attract the top talent in the industry,” added Sarkissian, who heads up global production for the studio, “and I’m thrilled that Lucy and Ashley have joined the cast of Gemini Lounge.”

Sarkissian partnered with CEO D.A. Chan and President Joshua Macciello to launche Global Ascension Studios following the successful release of more than 20 films, including those in the Rush Hour franchise, over a period of 30 years. As previously announced, the company will produce both live-action and animated releases for all media platforms. Sarkissian’s recent releases include The Foreigner with Jackie Chan, and The Protégé, starring Samuel L. Jackson, Michael Keaton and Maggie Q. His most recent project, Memory, starring Liam Neeson, Guy Pearce and Monica Belucci, will be released in April by Open Road Films.