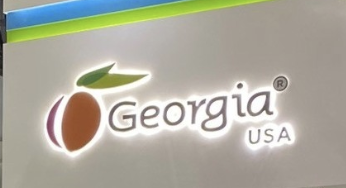 A bill pending in the Georgia legislature would put a cap of $900 million on the amount of tax incentives the state gives to filmmakers each year, which has turned Georgia into one of the nation’s top filming destinations. That $900 million, which is about what the state pays out now each year, is more than any other film rebate in the country, and more than double California’s current $440 million in tax credits.

The proposed cap, which is backed by Georgia’s Senate Finance Committee, would also prohibit film companies from selling their tax credits – a common practice under the state’s existing rules among companies that aren’t based in Georgia.

Proponents of the proposed changes in Georgia say that an overhaul of the state’s film subsidies is long overdue. Opponents, however, note that the tax breaks support 75,000 jobs in the state, and that changing the rebate system could seriously undermine that.

“Why should Georgia be on the hook for up to 30% of the expenses for film & TV productions?” tweeted Danny Kanso, senior tax policy analyst for the Georgia Budget and Policy Institute and a supporter of the overhaul. “Permanently subsidizing a huge portion of costs for an entire industry is not justifiable. This is made worse by the current lack of caps, disclosures, or basic safeguards. Georgians who want to see less of their tax dollars sent to subsidize out-of-state corporations and non-resident workers should support the important provision included by the Senate Finance Committee in HB 1437 to eliminate transferability to the sale of film tax credits.”

Any changes to Georgia’s film incentives will have to be approved by its Senate and the House and signed into law by the governor.