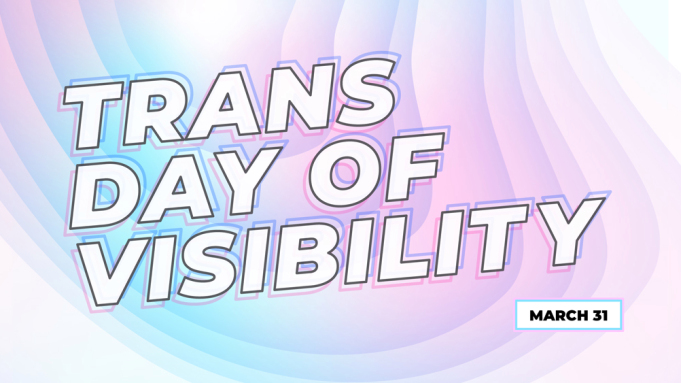 Today, March 31, is the final day of Women’s History Month as well as the Transgender Day of Visibility. In honor of the occasion, GLAAD and activist and writer Raquel Willis have published an open letter in solidarity with trans women and girls. Nearly 200 feminist leaders in social justice, business, entertainment, and politics have signed, including Laverne Cox, Gloria Steinem, Regina King, Ashley Judd, Mj Rodriguez, and Trace Lysette.

The letter pays tribute to trans women’s long history of shaping and supporting feminist causes, calls out the self-identified feminists “who have been promoting damaging and violent ideas about trans people for years,” and memorializes the 44 trans and nonbinary folks who were murdered in 2020, “the deadliest year on record for the transgender community.” Nine deaths have been reported so far this year.

“Trans women and girls have been an integral part of the fight for gender liberation. We uphold that truth and denounce the ongoing anti-transgender rhetoric and efforts we witness in various industries,” the letter reads. “We acknowledge with clarity and strength that transgender women are women and that transgender girls are girls. And we believe that honoring the diversity of women’s experiences is a strength, not a detriment to the feminist cause. All of us deserve the same access, freedoms, and opportunities. We deserve equal access to education, employment, healthcare, housing, recreation, and public accommodations. And we must respect each person’s right to bodily autonomy and self-determination.”

GLAAD’s letter concludes with a call to end anti-trans legislation and a reminder that feminism by its very nature should be inclusive, not exclusionary. “We all must fight against the unnecessary and unethical barriers placed on trans women and girls by lawmakers and those who co-opt the feminist label in the name of division and hatred,” the note says. “Our feminism must be unapologetically expansive so that we can leave the door open for future generations.”

Head over to GLAAD.org to read the letter in full, see all the signatories, and sign.

<!-- -->Two ambulances and three mobile teams are ready to go door to door in Bikaner to give the jabs.Jaipur: Bikaner in Rajasthan...
Read more
Previous articleTrailer Watch: “Together Together” Is a Platonic Love Story About a Surrogate and a Single Dad
Next articleTrailer Watch: Kate Winslet Is a Local Legend Searching for a Killer in “Mare of Easttown”
LocalTakSabse Tez