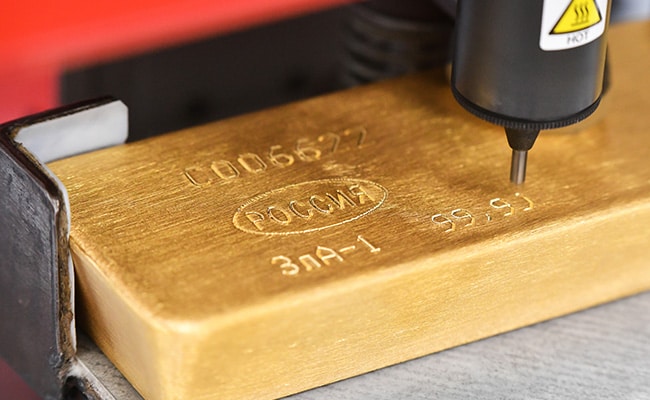 Gold prices jumped more than 1 per cent on Friday as the dollar slipped ahead of a US jobs report that could offer cues on the Federal Reserve’s rate-hike path.

“Investors are still digesting Fed’s comments and today there is some more optimism, markets are trying to focus the attention also on dovish remarks, while uncertainty is still dominant,” said Carlo Alberto De Casa, external analyst for Kinesis Money.

The US central bank raised interest rates by 75 basis point for the fourth time in a row this week, but also signalled it may be nearing an inflection point in what has become the fastest tightening of monetary policy in 40 years.

Data on Thursday showed an unexpected drop last week in the number of Americans filing new claims for unemployment benefits. All eyes are now on US non-farm payrolls data for October due at 1230 GMT.

“Any figure above expectations could push investors to bet on further rate hikes (pressuring gold and shares), while numbers be below forecasts – in this strange scenario – can be positive for gold and stocks,” Mr De Casa added.

Spot silver rose about 2 per cent to $19.86 per ounce, and was headed for a weekly gain.

Google’s Second Fine In India In Less Than A Week. Bill: Rs 936 Crores