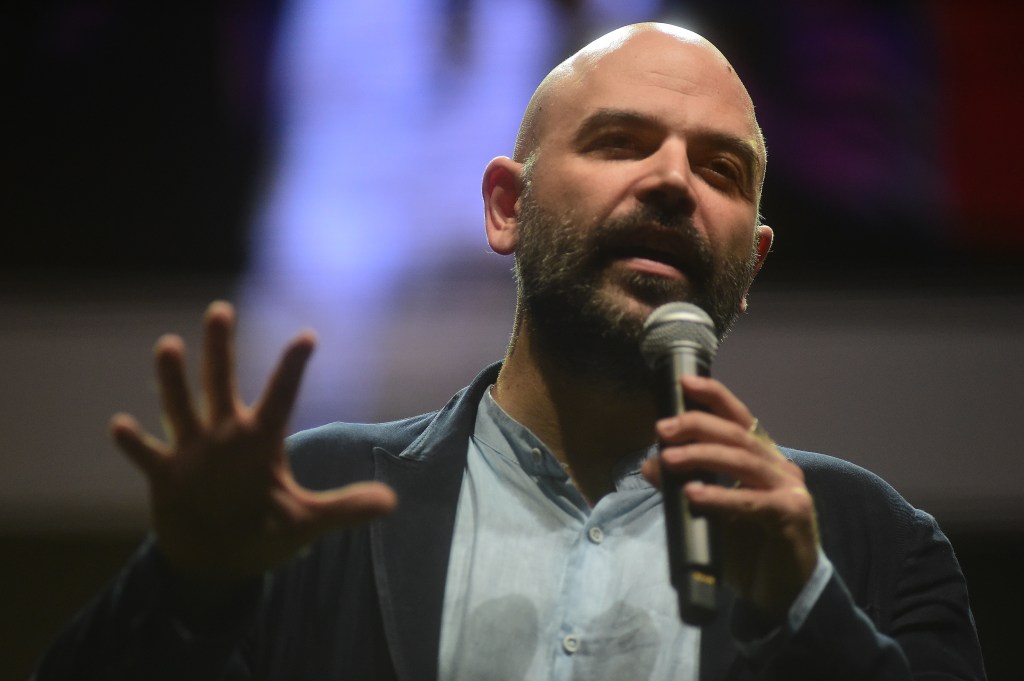 Italian writer, journalist and political commentator Roberto Saviano is due to head to court in Rome on Tuesday (November 15) for the first hearing in a defamation trial brought against him by Italy’s newly installed, right-wing prime minister Giorgia Meloni.

The case is related to an incident that took place prior to Meloni taking the reins of power in Italy in October.

Meloni is suing Saviano over comments he made on the current affairs show Piazza Pulita in December 2020, during a discussion about the phenomenon of asylum seekers on its shores via small boats, in which he referred to her as a “bastard” for her hard-line, anti-immigrant stance.

The judge charged with a preliminary investigation into the case that the “epithet bastard” had gone “beyond the rights of political criticism” and gave the green light for the trial.

The trial is seen as a test case for Italian freedom of expression and the rising use of defamation charges as a means to gag the press.

Saviano is best known internationally for his 2006 investigative work Gomorrah, about the Naples organized crime group the Camorra. The book stoked the ire of crime bosses and led to numerous death threats, resulting in Saviano being granted police protection.

Italian director Matteo Garrone adapted the work, with Saviano, to a fiction feature of the same name which won the Cannes Grand Prize of the Jury in 2008. The book also formed the basis for the six-season high-end series, produced by Sky Italia, Fandango, Cattleya, and Beta and directed by Stefano Sollima, Francesca Comencini and Claudio Cupellini.

At the time of Saviano’s 2020 comments, the drowning of a six-month child when a dingy he was travelling in capsized was in the news in Italy, after the Spanish NGO that rescued his mother decided to release a video showing her distress.

The child was among six people who died that night in a year when an estimated 1,881 would perish trying to cross the Mediterranean along various routes, according to the refugee agency UNHCR.

In the months leading up to this event, Brother of Italy leader Meloni and nationalist League party leader Matteo Salvini, who is now a coalition partner in her government, had taken aim at charity ships patrolling the Mediterranean to rescue people in distress at sea, referring to them as ‘migrant taxis” and saying they should be sequestered and sunk.

Talking about the dead child and his mother, Saviano railed against the pair, saying: “You remember all that rubbish that was said about the NGOs, about them being ‘sea taxis’, ‘cruises’. All that comes to mind is bastards. To Meloni, to Salvini, bastards, how could you? How was it possible to describe all this pain like that?”

Saviano remains unrepentant about his comments in spite of the impending trial and has continued to level harsh criticism at Meloni and her new government, recently condemning its immigration policies as well as its recent enactment of a law bringing into force jails sentences of up to six years for organizers of illegal raves.

In a recent interview on Rome radio station Radio Capital, Saviano revealed Salvino and the new Minister of Culture Gennaro Sangiuliano had also filed defamation complaints against him.

He suggested they were taking aim at him to warn off other journalists who wanted to criticize members of their government and its coalition parties.

“They were all complaints for defamation, related to me expressing my very harsh criticism of them. They are hitting me to get the message across to my colleagues and above all to manipulate, to make it seem that a harsh and ferocious criticism of a politician can be taken in the same context as a comment you make to an ordinary citizen,” he said.

“There is another underhand mechanism at play here, namely that, ‘If you criticize me, you’re going against democracy itself because it’s the vote that allows me to do what I do. So, your behavior is illegitimate.” This is very dangerous because democracy is not based exclusively on the vote, which is a fundamental and founding segment of democracy, but is above all based on respect for criticism,” he continued.

“Behind this game, there is something alarming and that is that if you criticize me after the country is with me and I have the majority, you are in the wrong.”

Tuesday’s hearing comes amid a flare-up in the debate over how to best deal with people trying to get to Europe from North Africa in small boats after Meloni’s government prevented three rescue ships carrying hundreds of rescued migrants from disembarking at its ports.

The new policy resulted in one vessel being diverted to the French port of Toulon, after three weeks at sea, in a move that has led to a diplomatic spat between France and Italy

The writers’ association Pen International has urged Meloni to drop the charges in an open letter published online and in the Italian newspaper La Stampa.

“As the Prime Minister of Italy, pursuing your case against him would send a chilling message to all journalists and writers in the country, who may no longer dare to speak out for fear of reprisals,” wrote Pen International President Burhan Sonmez.

“Saviano is not alone. We stand with him and will continue to campaign until all criminal defamation charges against him are dropped, and his right to peacefully express his views is upheld once and for all.”