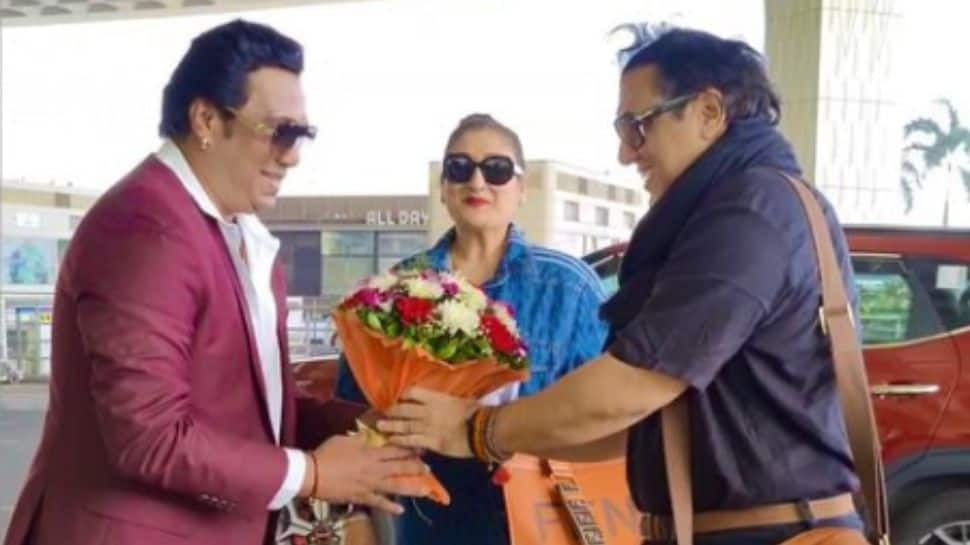 New Delhi: Bollywood actor Govinda was recently spotted at the Mumbai airport with his wife, Sunita Ahuja. The actor met with his doppelganger at the airport, who touched Govinda’s feet and gave him a bouquet of flowers as he greeted the actor.

The video of them was shared by the paparazzi page Viral Bhayani on Instagram. The actor was dressed in a black shirt, black pants, and a black scarf, while his doppelganger was wearing a maroon suit and a white shirt. In the video, the duplicate of the actor showed him the picture from 20 years ago when they met. Govinda’s wife, who was also present there, could be heard saying, “Carbon copy hai ye”.

After the video was posted, the fans also started reacting to it. One person commented, “Humsakal wala mujhe real govinda laga,” and “Aslee wala toh airport par he reh gaya”, wrote another. Another fan commented, “Govinda ka humshakal”. Meanwhile, on the work front, the veteran actor, who has been in the Indian film industry for more than three decades, was last seen in the movie ‘Afra Tafri’.