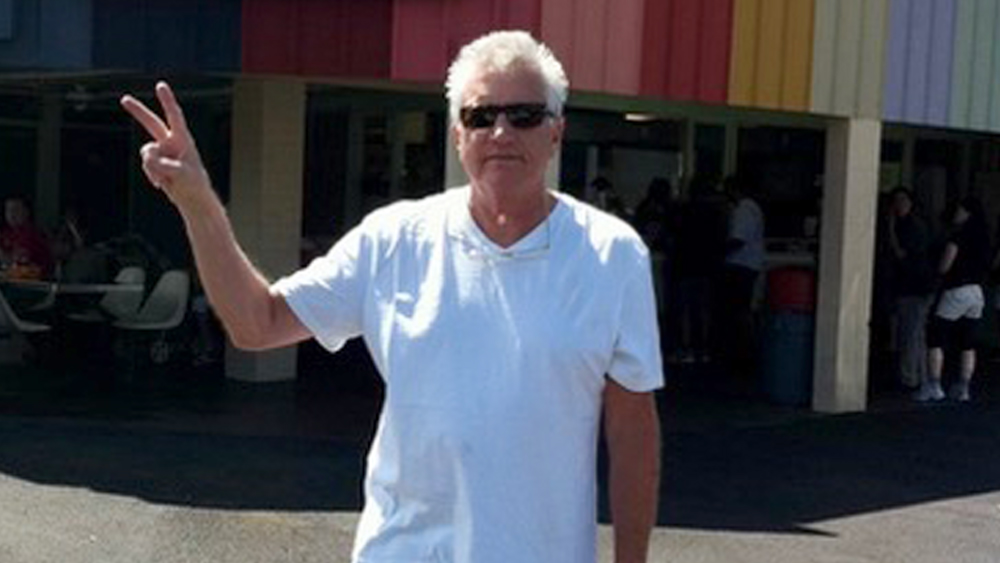 Donald Lee Harris, the longtime Grey’s Anatomy production designer whose credits also include The Office, American Housewife, Malcolm in the Middle and dozens of other shows, died November 1 of cancer, his family told Deadline. He was 78.

Harris began his Grey’s Anatomy stint with Season 3 in 2006 and stayed with the show through the Season 11 final in 2015, spanning more than 200 episodes of the ABC hospital drama. His most recent gig was on the 2016-21 ABC sitcom American Housewife, working on all of its 103 episodes.

“He rarely let anything ruffle his feathers, and was appreciated for his incredible design acumen, calm and kind demeanor,” Harris’ last agent, Amanda Pecora-Sutphen, said in a social media post (read it in full below). “He would simply say, “OK, fine” when last-minute changes would have had anyone else ripping their hair out. He loved designing and his passion will undoubtedly live on through his work.  … Donald’s design skills have informed future generations of designers, and inspired those who worked alongside him.”

Harris began his career in the 1970s, first in the art department for an episode of hit variety series Donny & Marie and then as an art director on films including Flesh Gordon — in which he got his only acting credit — and Swap Meet. He served in that role for other 1980s pics such as Movers & Shakers and Aloha Summer and got his first production designer credits on a pair of mid-’80s TV movies and the features Can’t Buy Me Love and World Gone Wild.

As PD, he worked mostly on telefilm and miniseries — including Babe Ruth, Billy the Kid and Love, Lies & Murder — before landing his first series gig with the 1991-92 NBC sci-fi drama Eerie, Indiana. Harris continued to work mostly on TV movies through the ’90s before landing the production designer job on Fox’s Malcolm in the Middle in 2000. He would work on 60 of the series’ 151 episodes, spanning all seven seasons.

“Donald Lee Harris was one of the most creative, patient and diligent artists I’ve ever known,” Malcolm in the Middle creator Linwood Boomer said in a statement to Deadline. “Two decades ago, he showed everyone in television how great single-camera comedies could look. Everyone who’s worked with him will miss him terribly.”

He left that gig to work as PD on the six-episode first season of NBC comedy The Office. His next job was Grey’s Anatomy.

He is survived by his wife, Laurie Harris, and children Travis and Vanessa. Funeral arrangements were not provided.

Here is the full text of Pecora-Sutphen’s tribute to Harris:

It’s with a very heavy heart that I share the news of an immense loss in the creative world. Production Designer, Husband, Father, Friend & BRILLIANT mind, Donald Lee Harris passed away yesterday surrounded by his loving family after his heroic battle with cancer came to a close.

I personally had the pleasure of working with Donald on my very first job in the film industry, “Grey’s Anatomy”. He rarely let anything ruffle his feathers & I not only admired his design, I was always struck by his calm & kind demeanor. He would simply say, “ok fine” when last minute changes would have had anyone want to rip their hair out.

Years later, I had the esteemed pleasure of working with Donald as his agent. I will never forget how it felt getting to work alongside someone I had so admired early in my career. He LOVED designing & his passion will undoubtedly live on through his work. From “Can’t Buy Me Love” to “Malcolm in the Middle” to “The Office” & “American Housewife” and everything in between, Donald’s design speaks not only to future generations of designers, but to those who worked alongside him. Even more, those who invited his work into their homes, while creating quality time with their families enjoying their favorite TV series or feature film. Those of us who come from the world of entertainment, often forget how these seemingly simple moments in time create a sense of cherished remembrance. As we age, we can often recall fond childhood memories, sitting amongst family in front of the television with a shared a bowl of popcorn. There is something universal about the moments where we allow ourselves to be swept away from daily stress & responsibilities, and into a world created for that stillness… a world in which our imaginations can run wild. While being a highly stressful career path that stretches far beyond Hollywood glam & red carpet attire, there aren’t many professions in which creating another world is the entire essence of the job description… Donald dedicated his life to doing just that. He created fabulous “worlds” for our enjoyment, while still raising a family & creating a beautiful home & life alongside his beautiful wife, best friend & soulmate, Laurie.

I was outside admiring an incredible sunset last evening when I heard the news… the weight of this immeasurable loss while unbearable, also made me take pause & give gratitude for those who cross our paths, making enormous impacts along the way. I realized in that moment, the sunset which was radiant with pink hues & moody blues would be the image I would hold in my heart & mind when honoring Donald’s memory. The infinite New Mexico skies, the ever-changing beauty, the vibrant palette, all part of the set we call “life”. When I asked Donald’s family if there was a picture I could share with this tribute, I received this perfect representation of the kind & thoughtful man I had the pleasure of calling “friend”. It beautifully captures his nature as well as his passage over the rainbow. Rest in Peace Dear Friend. ❤