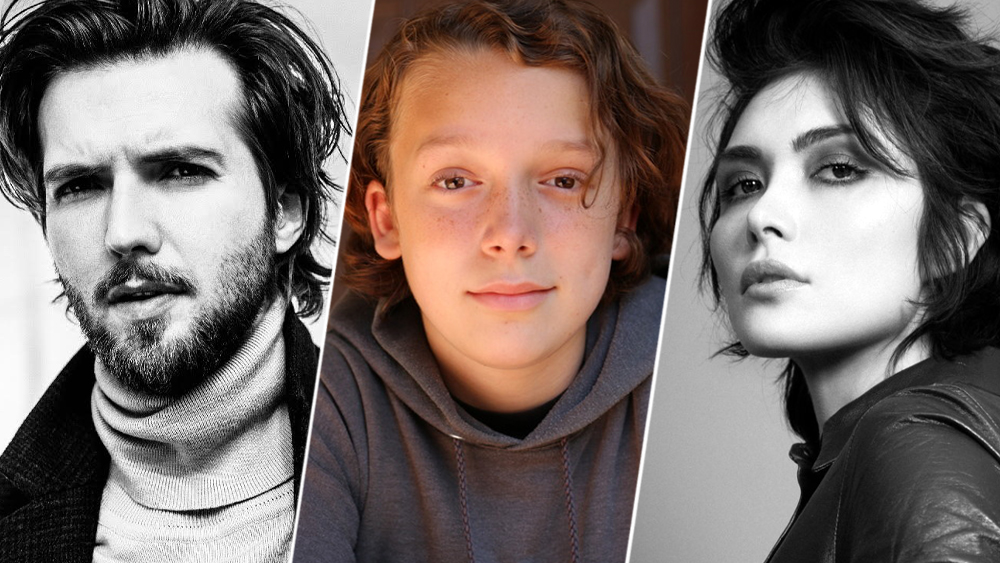 Written by Michelle Morgan, Western is set in the 1800s. It follows Polly (Konkle), a young high-society woman from Philadelphia who travels out west on a desperate quest for a husband only to discover that she has been catfished by a teenage boy (Diaz). Now stranded in 1866 Montana, Polly, along with the town’s other inhabitants, must find their place in this ever-changing new world, confronting and defying all expectations society has of them along the way.

Burnet plays Dr. Conely.  A handsome, soulful and tortured British doctor of this small town. After making a vow to his dearly departed wife, never to remarry again, he finds himself alone but surrounded by the colorful inhabitants of Sumner, who never fail to keep him busy.

Diaz portrays Henry Johnson.  A 14 going on 45, a wiley, wild-haired pre-teen with a penchant for writing letters to unsuspecting women and an unexpected amount of depth coursing through his pubescent veins.

Pineda is Bess. The sexy, tough as nails, quick as a whip proprietress of Sumner’s most popular saloon; a woman who is unintimidated by the male dominated wild west landscape but with a heart of gold hidden not too far below the surface.

Burnet recently wrapped production on STX’s Bed Rest, Walter Hill’s Western Dead for a Dollar, starring opposite Christoph Waltz and Willem Dafoe, and the period war film Seacole, alongside Gugu Mbatha-Raw. He can currently be seen in a lead role on Amazon’s miniseries The Feed, opposite David Thewlis. Burnet is repped by Lasher Group, Range Media Partners, United Agents and Erik Hyman at Paul Hastings.

Diaz, who has been acting since the age of 6, can be heard in the voice cast of the upcoming Black Adam film and in Transformers: Earth Spark for Nickelodeon. He also has appeared in commercials for Sam’s Club, Audi and Subaru.

Pineda can most recently be seen in Jurassic World: Dominion reprising her role as Zia Rodriguez from Fallen Kingdom. She’ll next be seen in the comedy feature In Town, which she also executive produced, and starring opposite Gerard Butler and Mike Colter in The Plane, for Lionsgate and Di Bonaventura Pictures. On television, she recently starred in Netflix series Cowboy Bebop. Pineda is repped by UTA and Kirsten Ames Management.