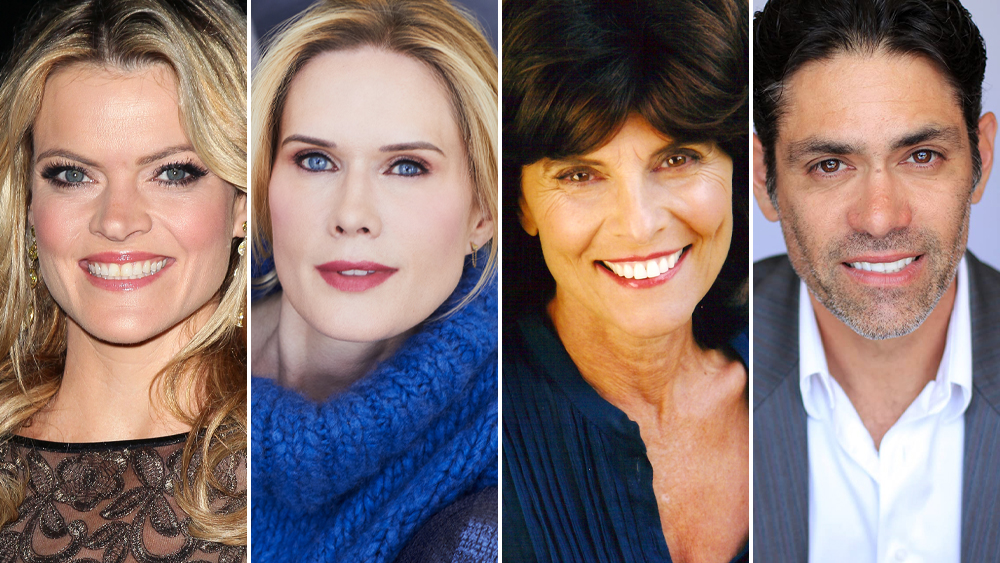 Based on Coben’s Mickey Bolitar trilogy, Shelter tells the story of high school junior Mickey Bolitar (Michael) as he navigates his new life and a school in New Jersey. When a mysterious old lady (Feldshuh) tells Mickey that his father isn’t dead, Mickey is sure he’s losing his mind on top of everything else. Mickey finds a grounding force in Ashley Kent (Bugliaro), another new student who’s lived through her own tragedy. But when Ashley goes missing, Mickey and his new friends Ema (Corrigan) and Spoon (Greensmith) discover everything she told him was a lie—and that Mickey is in serious danger unless he gets to the bottom of what happened to her and his father. Mickey’s search thrusts him into a world of conspiracy, lies, and the darkest aspects of humanity.

Conn will play Mrs. Friedman, a sweet, quick-witted history teacher at Kasselton High School whose past is more complex than she lets on.

Pyle is Hannah, Troy’s (Altemus) mom, was Shira’s (Zimmer) best friend in high school, but is now married to Shira’s high school boyfriend, Sheriff Ken Taylor. This chic woman appears to have the perfect life, but of course, nothing is as it seems.

Cipriano plays Buck, A cocky high school basketball player/theater boy. With the brain of an ostrich and the voice of an angel, he is Troy’s (Altemus) best friend, and frequent tormenter of Mickey, Spoon, and Ema (Corrigan).

Riegart is Allen, Mickey’s beloved grandfather, “Pops,” and the effervescent father of Shira. The nostalgia of being back in his family home triggers a wave of grief for his son, Brad.

Barbeau plays Ellen, Mickey’s fun-loving grandma and Shira’s mother. Her passive-aggressive remarks about her daughter’s personal life can be overbearing. Cunning and intuitive, she can identify concealed animosity and deflect tension. Ellen has found it difficult to discuss her grief over her late son.

March portrays Angelica Wyatt, an acclaimed stage-and-screen actor who is the benefactor of Kasselton High’s art program through a nonprofit organization.

Polaha is Brad, Mickey’s father and Shira’s brother. Well-traveled, smart, and charismatic, Brad is an ideal father to father Mickey—but he’s concealing a secret life to protect his son.

Bugliaro plays Ashley Kent. Ashley, along with Mickey, is a new student at Kasselton High with a secret darker and more sinister than Mickey or his friends could ever imagine.

Regina is Kitty, Mickey’s mother. Despite how smart and insightful she is, Kitty faces internal struggles, some of which may present a challenge to her when it comes to helping her beloved son.

Mareka plays Whitney. Whitney was known as Buck’s weird and artsy twin sister until gaining status as a social media star with her makeup skills. She takes an interest in Ema.

Uriza is Octoface. Given the name “Octoface” because of the large Octopus tattoo on his face, this terrifying man always seems to show up when there’s trouble.

Rosen plays Chief Ken Taylor. The local police chief in Kasselton and Troy’s dad, Ken appears to be determined to bust Mickey for something (anything). He still holds a torch for his high school girlfriend, Shira.

Coben and Allen MacDonald serve as co-showrunners and executive producers. Also executive producing are Ed Ornelas, Patricia Cardoso (pilot), and Erik Barmack. MGM’s Rola Bauer is overseeing the series for the studio. Charlotte Coben is a producer. The series is co-produced by Amazon Studios and MGM International Television Productions.

US Urges Pakistan To Seek Debt Relief From China Amid Floods

US Urges Pakistan To Seek Debt Relief From China Amid Floods