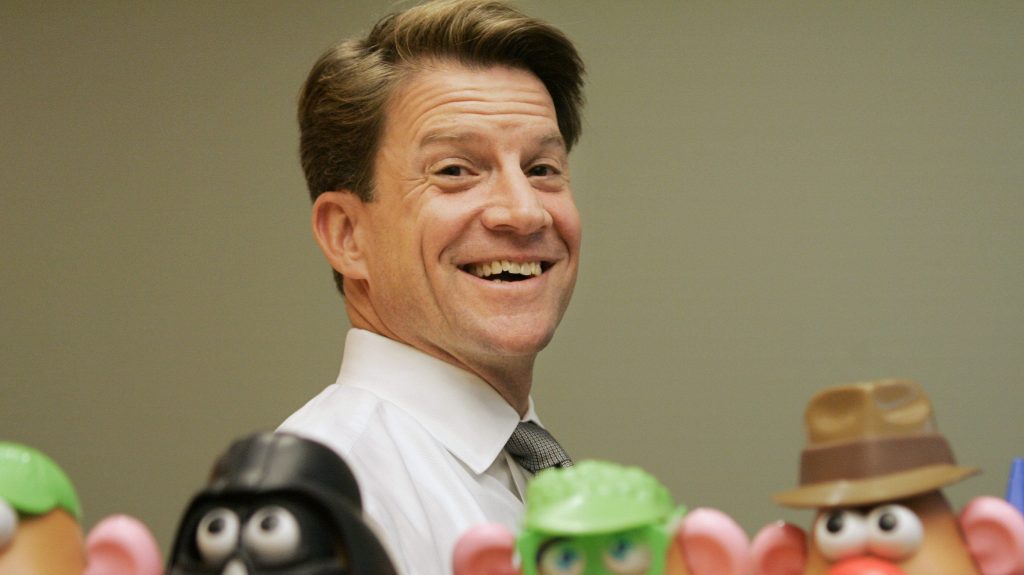 Brian Goldner, chief executive of Hasbro and Transformers executive producer, has died of cancer several days after taking a medical leave from the Pawtucket, R.I.-based toy and entertainment giant. He was 58.

The transformational exec was key in expanding the company into entertainment, leading Transformers and G.I. Joe to the big screen. Under Goldner, Hasbro acquired Canada’s independent Entertainment One studio in 2019, selling off its music business.

“It is with deep and profound sadness that Hasbro announces the passing of beloved leader and longtime Chairman and CEO Brian D. Goldner,” the company said in a statement Tuesday afternoon.

Goldner first disclosed his cancer diagnosis in 2020, saying he had been undergoing treatment since 2014. Hasbro announced Oct. 10 that he would take an indefinite leave of absence for medical reasons.

“Since joining the company more than two decades ago, Brian has been the heart and soul of Hasbro. As a charismatic and passionate leader in both the play and entertainment industries, Brian’s work brought joy and laughter to children and families around the world. His visionary leadership, kindness, and generosity made him beloved by the Hasbro community and everyone he touched. On behalf of the Hasbro family, we extend our deepest, heartfelt condolences to his wife, daughter, and entire family,” said Rich Stoddart, interim CEO.

Goldner was also on the board of directors of ViacomCBS.

“On behalf of everyone at Paramount Pictures and Nickelodeon, we are saddened by the news of Brian Goldner’s passing, and our thoughts are with his family,” Paramount Pictures chairman and CEO Brian Robbins said in a statement. “Brian was an incredible partner and collaborator with us on so many beloved franchise titles including G.I. Joe and Transformers, and he was a visionary leader in evolving Hasbro into a global content company. He will be sorely missed.”

Goldner joined Hasbro in 2000 and quickly was recognized as a visionary in the industry. He was named CEO in 2008 and became chairman in 2015. He was instrumental in transforming the company into a global play and entertainment leader, expanding beyond toys and games into TV, movies and digital gaming, including the 2019 acquisition of independent entertainment studio Entertainment One in 2019 for $3.8 billion. It sold eOne’s music business to investment firm Blackstone for $385 million in cash.

The company’s content portfolio includes Peppa Pig for TV as well as film franchises Transformers, G.I. Joe and My Little Pony — the latter has a new movie on Netflix (My Little Pony: A New Generation). G.I. Joe‘s latest installment Snake Eyes was released in July. Other Hasbro brands include Magic: The Gathering, Nerf, Play-Doh, Monopoly, Dungeons & Dragons, Power Rangers and and PJ Masks.

Said Edward Philip, lead independent director of Hasbro’s board of directors: “Brian’s passing is a tremendous loss for Hasbro and the world. Brian was universally admired and respected in the industry, and throughout his over 20 years at Hasbro, his inspiring leadership and exuberance left an indelible mark on everything and everyone he touched. A mentor and friend to so many, his passion and creativity took Hasbro to new heights. Our love and thoughts are with his wife, daughter, and family during this extraordinarily sad time.”

Hasbro was founded in 1923 by Henry and Hillel Hassenfeld. According the company’s website, it first sold textile remnants, then moved into school supplies. The first toys in the 1940 were doctor and nurse kits. Mr. Potato Head in 1952 revolutionized the toy industry becoming the first toy ever advertised on TV. It launched the iconic G.I. Joe action figure in the 1960s. (Hasbro invented the term “action figure” to market to boys.) My Little Pony and Transformers came in the 1980s. The first Transformers movie was in 2007. Goldner launched Hasbro Studios in 2009, the year after being named CEO, the first outsider — non-family member — to lead the company.

Hasbro inked a licensing deal with Disney consumer production for the Princess and Frozen brands. It acquired animation studio Boulder Media in 2016. It acquired Saban’s Power Rangers and launched Magic: The Gathering Arena in 2018.

Goldner is survived by his wife and daughter. He lost his 23-year-old son in 2015.

<!-- -->Passengers can undergo either the Rapid PCR and RT-PCR tests at the Delhi airport.New Delhi: Airports across the country have enforced strict...
Read more

Priyanka Chopra wore a floral coat over a jumpsuit in the same print by Richard Quinn while Nick Jonas donned a crisp black...
Read more

<!-- -->Passengers can undergo either the Rapid PCR and RT-PCR tests at the Delhi airport.New Delhi: Airports across the country have enforced strict...
Read more

Priyanka Chopra wore a floral coat over a jumpsuit in the same print by Richard Quinn while Nick Jonas donned a crisp black...
Read more

Mumbai: The Bombay High Court Wednesday granted bail by default to lawyer-activist Sudha Bharadwaj, one of the accused in the 2018 Koregaon-Bhima and...
Read more