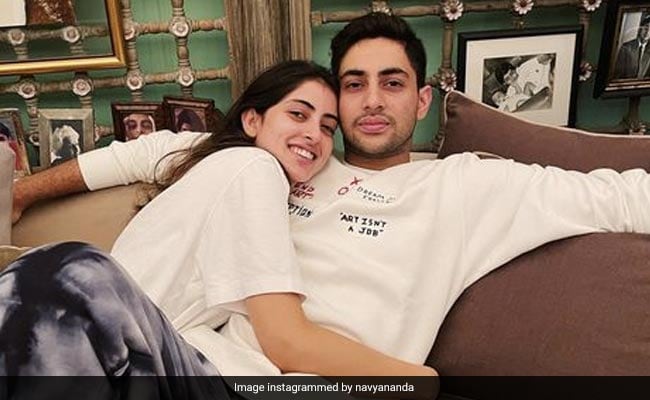 Navya Naveli Nanda, who is an entrepreneur, recently started her own podcast What The Hell Navya. Navya, who is also the granddaughter of megastar Amitabh Bachchan recently spoke to NDTV’s Arun Singh about her family, podcast, work and more. Navya also spoke about her brother Agastya Nanda, who is all set to make his Bollywood debut with Zoya Akhtar’s The Archies. When asked if she gave any pep talk to Agastya, Navya said, “No, I don’t think he needs one. He is really motivated and I think he is out there to do really some great works, so I don’t think he needs any pep talk from me, he is charged up already.”

Navya also revealed that she really liked this song from her brother’s The Archies trailer. When asked to name a song involving one of her relatives that she loves dancing to, Navya said, “I am not much of a dancer but I think the new The Archies song that came out from my brother’s trailer so that’s really a fun song, that’s something I really loved dancing to.”

Navya Naveli Nanda is the daughter of Shweta Nanda, who is married to businessman Nikhil Nanda. The couple are parents to Navya and Agastya Nanda.

While Navya is an entrepreneur, her brother Agastya is gearing up for his Bollywood debut with Tiger Baby’s production The Archies. The film, directed by Zoya Akhtar, will also mark the Bolywood debut of Shah Rukh Khan and Gauri Khan’s daughter Suhana Khan and film producer Boney Kapoor and late actor Sridevi’s daughter Khushi Kapoor.

The film will stream on Netflix in 2023.