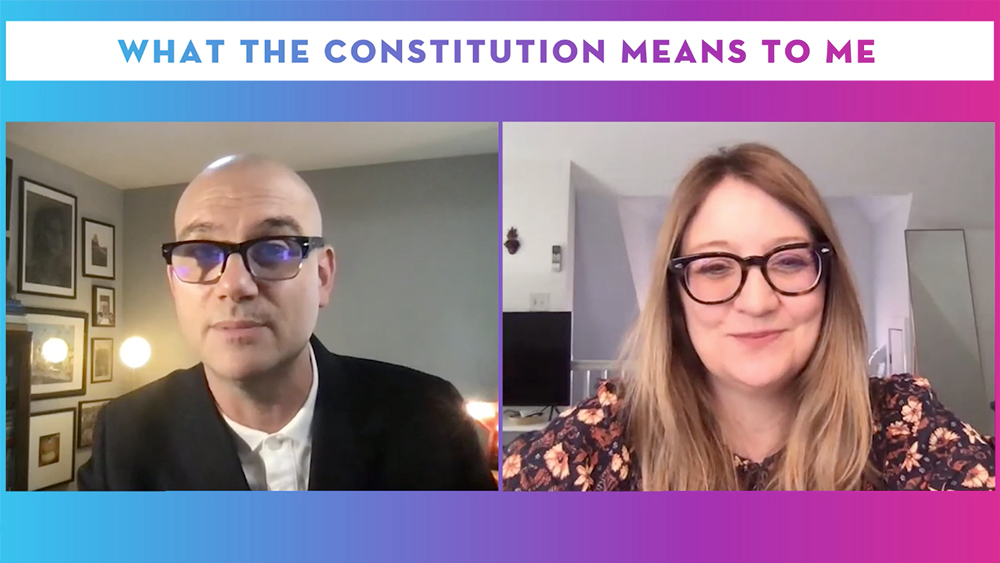 “I think every time I perform the play, I learn something new,” What the Constitution Means to Me’s Heidi Schreck says of her acclaimed stage show that is now an Amazon Studios film. “I learn something new from debating the young women who are in the play, the teenage debaters I debate at the end,” added Schreck, the movie’s writer/performer/executive producer. “I think about my own family history in a different way. My feelings about what we need to do to make this document more effective for all people in this country have evolved.”

Schreck was discussing her Tony-nominated work during Deadline’s Contenders Television: Documentary + Unscripted virtual event. Essentially a one-women show with some pivotal other actors, WTCMTM first premiered on stage in 2017 before moving to Broadway in 2019 and touring the nation up until the coronavirus pandemic shuttered live theater last spring. The film from director Marielle Heller debuted on Amazon Prime in October 2020, right on the eve of one of the most important elections in American history.

Shifting back and forth in time from the present day to teenage Schreck participating in debates about the Constitution to earn her college tuition, the play and the film examine the relevance and power of the Founding Fathers’ document to today’s America. With her own family history as a blueprint of sorts, Schreck’s show looks at the constitution’s impact on our past, present and future through topics like women’s rights and restrictions, immigration, the power of the judiciary and institutionalized discrimination.

“I sometimes do think it would be helpful to have a constitutional convention, even though I don’t know there’s any practical way to make that happen that wouldn’t actually endanger the people who are already vulnerable in this country,” Schreck said on the topic of whether one can truly update a document penned in 1787. “But it’s really made me think deeply about the changes that need to be made in this country structurally, and every time I perform the play, I have new thoughts about how we ought to go about that.”