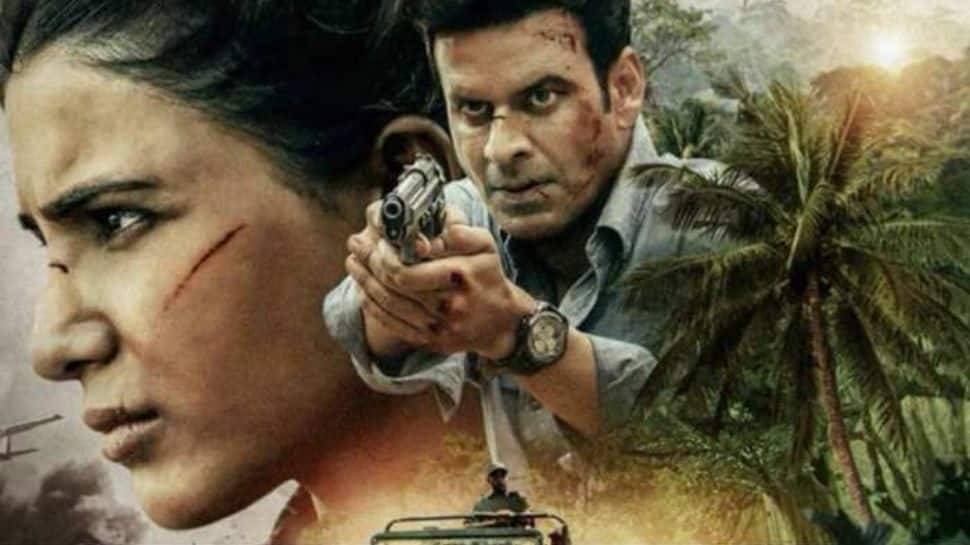 New Delhi: Those among Sri Lankan Tamils who watched ‘The Family Man 2’ have one thing to say in unison – “It’s a brilliant fiction thriller”. While some of the viewers did have differences of opinion and disliked some portions, none of them felt that the spy-thriller-drama series deserved a ban.

It is notable that Naam Tamilar Katchi in Tamil Nadu and the ruling DMK Government have been demanding a ban, just after watching the trailer. Their demands for a ban continued even after the series released.

Playing the usual “anti-Tamil” card and stating that Eelam Tamils (Lankan Tamils) are portrayed in a highly objectionable manner, these parties sought a ban on the series directed by Indian duo Raj and DK. Many on social media were quick to call for the boycott of actor Samantha Akkineni’s films.

Some individuals even went to the extent of threatening to boycott Amazon and their Prime Video Service. While the ban on Family Man 2 was first demanded by Seeman’s Naam Tamilar Katchi, it was lapped up by the DMK-Government’s IT Minister. He wrote to the Union Information and Broadcasting Minister Prakash Javadekar, on two instances, calling for a ban on the series.

Zee Media spoke to Sri Lankan Tamils to understand the finer aspects of their observations from having watched ‘The Family Man 2’.

While the Family Man 2 series release was highly anticipated in India after the successful first series, it was not the same in Sri Lanka. Hardly any Lankan Tamils knew of the series or its impending release. The few who watched it were film enthusiasts and those who had a keen interest in the genre. Some Sri Lankan Tamil journalists had not even heard of this series, but were keen on watching both seasons after being recommended the trailer.

According to I.S.Kumaran, a Sri lankan Tamil, who holds a degree in International Affairs, the Family Man series is clearly a work of fiction. He believes that since it is made for mass market entertainment, the makers enjoy creative freedom, unlike a fact or perspective based documentary.

Having watched both seasons, he says that the plot is not just about government versions of the Lankan War and its consequences. “The way the character Raji (played by Samantha) speaks about the horrors meted out to her family and her own self, is exposing the Sri Lankan government and Army narrative on the war. It also deals with how Center-State politics works in India and the larger Indo-China geopolitical play in the Indian Ocean region” he told Zee media.

A Sri Lankan Tamil and movie buff (who wished not to be named) is of the firm opinion that the series does not denigrate or insult the Lankan Tamil freedom struggle. Instead, he feels that it showcases the struggle of a persecuted minority race. “The word terrorist is not used against the rebels, instead they call them as rebels” he points out to Zee Media. He also adds that the series portrays the political games that the Indian Government, Lankan Government and Tamil Nadu Government played to attain their own objectives.

However he does object to how the character that seems to draw a parallel to slain LTTE leader Prabhakaran, is portrayed. He feels that more justice could have been done to that character, given the leadership and power of Prabhakaran, which kept the LTTE going for nearly three decades. While commending Samantha’s fire-in-her-eyes portrayal of Raji, he says that it rightly portrays LTTE women cadre as highly trained, skilled and capable. However, he believes that the women in the LTTE held their self-respect high and would not do “anything” (as portrayed in two instances in the series) to fulfill their mission.

“How they have shown the rebel leader(alluding to LTTE Prabhakaran) as a runaway who went and lived a luxurious life in a Foreign land is questionable. Given the strict discipline and abstinence of the LTTE, showing him and cadre enjoying liquor and smoking is not accurate” opined a Sri Lankan Tamil Journalist(on condition of anonymity) to Zee Media. However, he too maintains that the series is worth a watch and the calls for its ban by Tamil Nadu’s political parties are totally unreasonable.

However, it must be noted that the makers clearly stated that theirs was a work of fiction. It came with the usual disclaimer which said any resemblance to persons living/dead and actual events is purely coincidental. But, for some viewers, the LTTE similarity is hard to miss. It is owing to the rebels’ camouflage uniform, cyanide capsule neckbands, the attempt to assassinate an Indian Prime Minister(the connect with Former Prime Minister Rajiv Gandhi’s Assassination 1991 by a woman suicide bomber), etc.