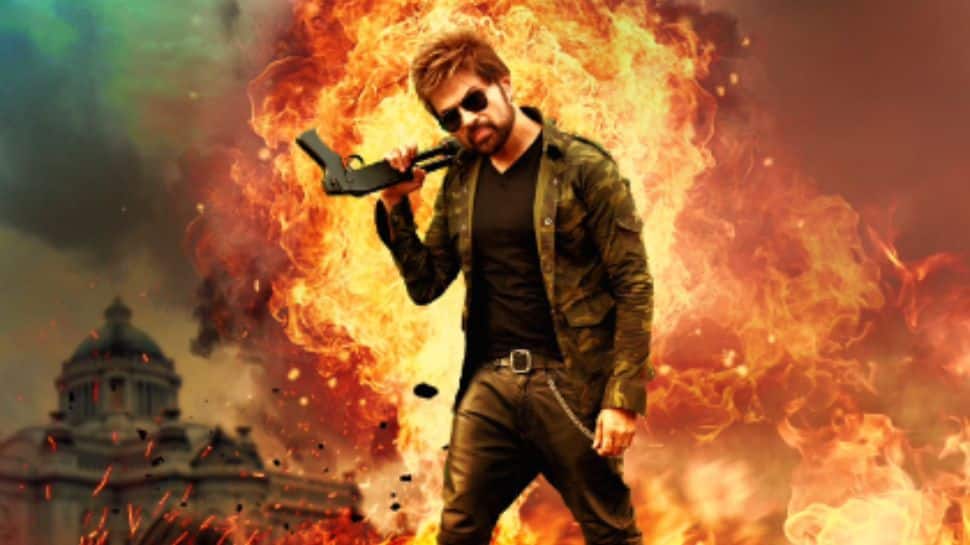 New Delhi: Himesh Reshammiya may have entered the Bollywood industry as a music composer and a singer, but over the years, the actor has not been part of movies but has headlined them. On Thursday, the singer-actor dropped the teaser of his upcoming film ‘Badass Ravi Kumar,’ which has received some mixed reactions from the fans. The teaser, which is close to three minutes long, has Himesh fighting ten villains at once and has some quirky one-liners and dialogues.

Himesh while sharing the teaser with his fans also wrote a long note which read, “The love from all my fans always has been overwhelming and Fans have always wanted a spin off from Ravi Kumar’s character from my hit film ‘The Xpose’ which did great business with very good reviews when it was released . The quirk and eccentricity in Ravi Kumar’s character and his dialogues which have become iconic will have a new twist with us narrating the story of Ravi Kumar in this huge action entertainer titled Badass Ravi Kumar.”

He further wrote, “you will love this title announcement teaser which is a character intro of Ravi Kumar and his sheer madness and what you can expect in this musical action entertainer when Ravi kumar is pitted against 10 sensational villains ,and a brilliant lead actress to be announced soon , the director of Badass Ravi Kunar will be announced soon Badass Ravi kumar releases in 2023, give it all your love”.

Here is the teaser of the film:

Ever since the teaser was dropped, fans have taken to their social media accounts to share their take. Here are some of the comments of the fans:

Most interesting character and now the released this album I am really excited for this #BadassRavikumar Himesh Reshammiya pic.twitter.com/IihruZzXI4

The film which is an action entertainer is a spin-off based on his character from the 2014 film The Xpose and it will be released next year.