Hollywood Stars’ Likability In A Lull, But Does It Really Matter? – Deadline 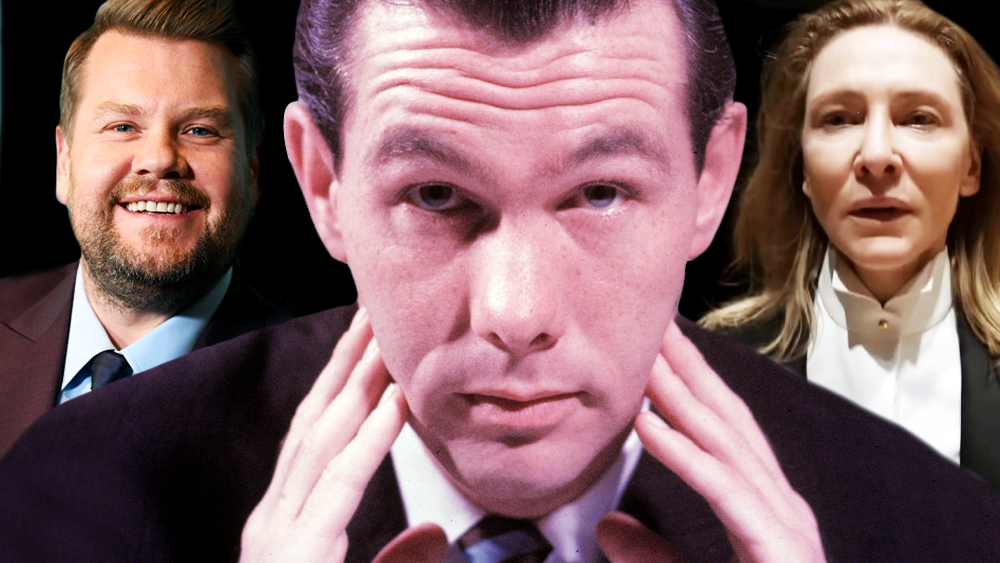 I had just arrived at a small dinner party several years ago when a surprise guest, Johnny Carson, seated himself across from me and promptly invoked the dreaded “L” word. “We haven’t met before, so I should explain that I’m not a very ‘likable’ dinner companion,” he advised. “I’m paid to be entertaining on TV but dinner is a ‘no laugh’ zone.”

I appreciated his warning: A new survey of “likability” ratings was stirring controversy at that moment and, despite an erratic personal life, Carson was still a revered TV presence.

The comedian would be amused to learn that it’s all being reenacted today, again triggered by the behavior of late-night hosts (I’ll review Carson’s own dinner performance below).

According to the new likability index, James Corden is no longer the “Mr. Nice Guy” of late-night because of allegedly nasty restaurant behavior – that is, if you believe the waiters (and proprietors).

But there are broader symptoms: The Cate Blanchett movie Tár is generating op-ed debates because of her performance as an abrasive celebrity whose behavior helps ruin the lives of fellow stars.

Issues of likability are even impacting Ellen DeGeneres nearing the end of her long and successful TV career. And John Mulaney, occasionally on Saturday Night Live, is currently touring his new show titled “Likability Is a Jail.”

Are TV personalities locked in that jail? A critic for the Los Angeles Times, Mary McNamara, points out that likable characters do not inhabit one of the mega-budget shows dominating TV, The Lord of the Rings: The Rings of Power. They are “diabolically morose” and reflect an “epic humorlessness” (the elves in Rings of Power might protest).

At another level, political candidates presently dominating the national dialogue barely register on likability indices compared with super-likables of old like Dwight Eisenhower or Ronald Reagan. As a newsman, I covered a Reagan campaign and found him genuinely genial – an attitude I never discovered in Donald Trump.

Even Hollywood film executives, who once coveted a likable image, have abandoned that objective in the interest of self-protection. When Brooks Barnes of the New York Times recently tried to interview more than two dozen Hollywood leaders about the impact of the #MeToo movement, he found them “scrambling in terror.”

PR professionals argue that the nastiness of social media has rendered the pursuit of likability a lost cause. Add to this the growth of “celebrity deepfakes” — celebrities ranging from Elon Musk to Tom Cruise who have appeared in videos within the last month but really haven’t. They’re the product of digital imitations “that look ever more convincing,” comments one expert.

Musk, who just took over control of Twitter, seemed to star in a marketing video from a real estate startup, while Leonardo DiCaprio appeared to be pitching a firm called Paperspace.

Ironically, one of the few celebrities ever to successfully challenge these practices is Woody Allen, who won a settlement with American Apparel over his unapproved appearance in an ad campaign.

Allen, of course, unlike Corden, has never coveted a Nice Guy trophy – he long presided over celebrity openings for his films in which declined to greet most of his guests.

Corden, by contrast, managed to present himself as a self-deprecating guy who enjoyed Carpool Karaoke riding around with pop stars. Lately, however, Corden allegedly became enraged at the pricey Balthazar restaurant when his wife’s egg-yolk omelet arrived with egg white mixed with the yolk. “I should go into the kitchen myself and do the cooking,” Corden declared.

So are late-night hosts fun to be with? Carson, the night of the dinner party, was unsmiling and prickly, but made smart and informed comments on several issues of the moment. He did not complain about the food and meticulously thanked the waiters.

And, per his promise, he made a point of never saying anything even remotely entertaining.