How The World Is Changing After Its Population Hit 8 Billion 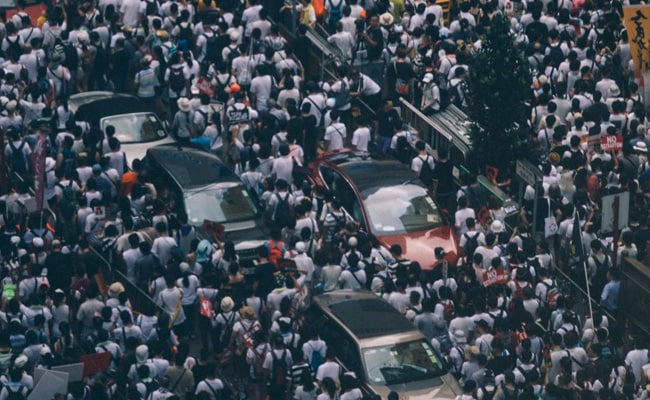 The world’s population reached 8 billion Tuesday, according to estimates from the United Nations, even as the international body said that a surge in births in lower income countries is likely to create risks.

Here’s what it means for the next few decades:

Much of the world’s population growth has come in the last century as better living standards and health advancements extended life expectancy, with the total number of people on earth growing from just 2 billion in 1927 to 6 billion by 1998. Still, there are early signs that this surge is slowing.

Annual population growth is now at its slowest level since 1950. While it took 12 years for the world’s population to jump by a billion, it will take 15 years to hit the next milestone, and around two more decades after that, UN projections show. 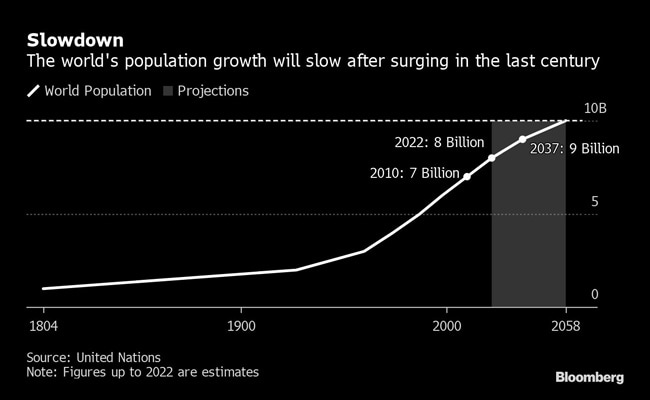 The slowdown is in large part driven by wealthy countries, where the costly burden of raising a child and falling marriage rates have meant that countries from South Korea to France are facing population declines as not enough babies are born to replace the elderly.

Even as governments resort to measures like payouts and better housing loans for families with more kids, the UN sees little sign of that shifting the needle. It projects that in the next three decades, the number of people below 65 in high-income and upper-middle-income countries will decline while the older demographic above that age will grow.

The UN forecasts that much of the world’s future population growth will be concentrated in low-income countries, with just eight accounting for the majority of a projected increase until 2050. The bulk of these are countries in sub-Saharan Africa like Nigeria and Ethiopia, as well as other emerging nations like India, Pakistan and the Philippines.

That creates a challenge for such countries, which already suffer from relatively low incomes per capita. With more young people likely to put a further strain on limited resources like education and health-care, countries and non-profit organizations are trying to raise awareness of issues like birth control to drive birth rates down.

There have been apocalyptic scenarios often painted in the past about a global population spike — including those popularized by “The Population Bomb” written by Stanford professor Paul Ehrlich in 1968, which warned of mass starvation. That hasn’t come to pass due to advances in farming technology and slowdowns in fertility rates.

Even so, the UN warns that population growth has contributed to environmental damage, while driving global warming and deforestation.

Previous articleAftab Ameen Poonawala Had A Food Blog On Instagram, Portrayed Himself As Environmentalist On Facebook
Next article“Humongous Age Difference Between Us But…”
LocalTak®Sabse Tez