“I Am Evil, I Did This,” Wrote UK Nurse Accused Of Killing 7 Children 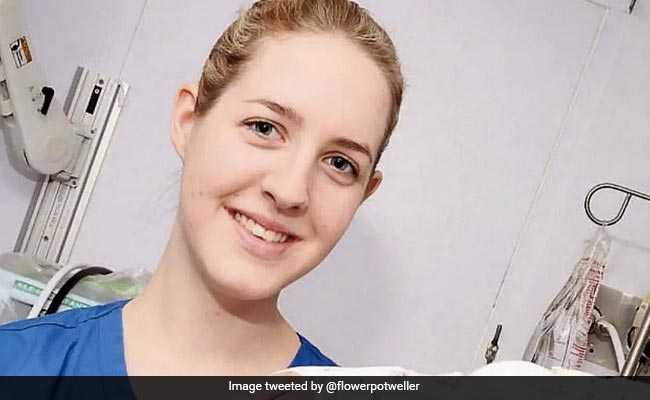 Police probing a spate of baby deaths at a UK hospital found a note stating “I am evil I did this” at the home of a nurse accused of killing them, a court was told on Wednesday.

Another read “I don’t deserve to live. I killed them on purpose because I’m not good enough to care for them. I am a horrible evil person”.

The offences, which she denies, allegedly took place at the Countess of Chester Hospital in Chester between June 2015 and June 2016.

Prosecutor Nick Johnson said the notes were found among papers and other notes which also contained “many protestations of innocence”.

He told jurors as he concluded his opening speech that Letby was put on clerical duties when she fell under suspicion before her arrest in July 2018.

A subsequent police search of her home in Chester found papers relating to many of the children who died or suffered collapses.

The note reading “I am evil I did this”, which was shown to the court, was written in capital letters.

The lawyer said other papers found indicated that Letby was frustrated at not being allowed back on the neo-natal ward and claims she was innocent.

“I haven’t done anything wrong and they have no evidence so why have I had to hide away?” one read.

The trial, which opened on Monday and is expected to last six months, has been told that Letby used different methods to attack the newborns.

They included insulin poisoning and injecting air into their bloodstream, causing them to stop breathing, the prosecution has alleged.

Most of the babies were born prematurely and included twins and triplets. The youngest was just a day old.

The charges relate to 17 children, none of whom can be named because of a court order. Some were allegedly attacked more than once.

Defence lawyer Ben Myers, representing Letby, told jurors that it would be “staggeringly unfair” to convict his client without hearing any evidence.

He told them the defence would argue that in some of the cases it was not clear why the child died or their condition deteriorated.

Letby was a “dedicated nurse” and only wanted to care for the babies she looked after, he said.

“The defence say she is not guilty of causing intentional harm to any baby or to killing any baby,” he added. “Anyone who approaches this as some kind of a done deal has got this very badly wrong.”

What’s next for sequels like ‘Man of Steel’ – Deadline