I Promise Not To Call Any MP From BJP, TMC, BJD If You Restore Phone: Alva Margaret To MTNL 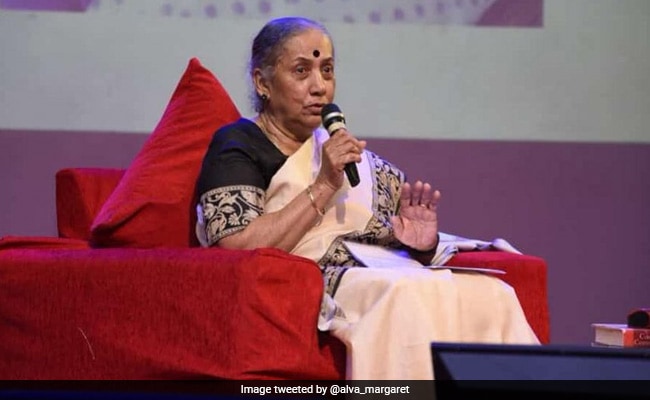 Margaret Alva has been fielded by the Opposition against the ruling NDA’s Jagdeep Dhankhar.

Opposition’s vice presidential candidate Margaret Alva on Monday said she was unable to make or receive calls from her mobile, and in a tongue-in-cheek comment promised government-owned telecom operator MTNL that she would not call any MP from the BJP, TMC or BJD tonight if it restores her phone.

Taking to Twitter, Ms Alva posted a communication from Mahanagar Telephone Nigam Limited (MTNL) which said that her MTNL KYC had been suspended and her SIM card would be blocked within 24 hours.

Tagging the communication, Ms Alva said, “Dear BSNL/ MTNL, After speaking to some friends in the BJP today, all calls to my mobile are being diverted and I’m unable to make or receive calls.” “If you restore the phone. I promise not to call any MP from the BJP, TMC or BJD tonight,” she said.

You need my KYC now, she asked.

Margaret Alva has been fielded by the Opposition against the ruling NDA’s Jagdeep Dhankhar – the governor of West Bengal who resigned from the post on July 18.

The Mamata Banerjee-led Trinamool Congress, which governs West Bengal, has announced it will abstain from the election.