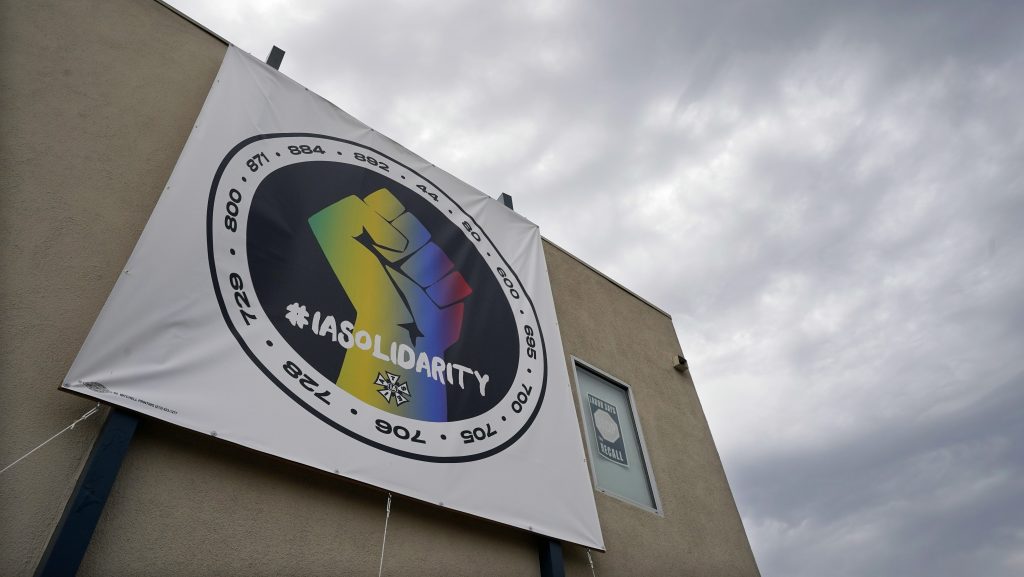 EXCLUSIVE: Hollywood is on the precipice tonight as talks between IATSE and the AMPTP continue in the hopes to avert a strike early next week that could bring most of the industry to a standstill. “Assume there will be a strike and hope there isn’t,” Local 800 members were told this afternoon in the first of two planned virtual townhalls.

“It looks about 50/50 right now, but that could change quickly either way with the mood in the room,” another source close to the talks declared to Deadline. At one point earlier this week, it looked like NBCUniversal owner Comcast was the biggest hinderance to a solution. However, the overall situation has once again become more fluid — to a point

With the union having set an October 18 12:01 AM deadline for its members to hit the picket lines, the ball will soon be in the producers’ court again.

Deep in the search for a deal to avert a Tinseltown Def Con One, the IATSE negotiating team lead by union boss Matt Loeb is working on handing over to its latest proposal to the AMPTP for a new three-year agreement to cover issues of increased pay for the likes of assistants and script coordinators, meal break penalties, increased rest period and more.

“We have had an exchange with our employers and are preparing our response to them,” Art Director Guild members were informed Thursday. Sources close to the talks confirm that AMPTP is expecting a new proposal from IATSE leadership later today or first thing tomorrow. The speed at which AMPTP chief Carol Lombardini responds to that response could set the tenor for the final 60 hours or so of talks.

At the same time, with over 21 picketing sites planned for Monday morning, IATSE sent members a detailed FAQ on what to do, what to take home, where to be next week and what financial assistance they may or may not be eligible for in the event of a strike. Despite some generational tensions over truly going on strike, almost 90% of eligible guild voters in the 60,000-member bargaining unit cast a ballot for a strike authorization between October 1 -3. In a result that not even the likes of Vladimir Putin can get in his rigged elections, the smooth and legally conducted IATSE vote came back with 98% in favor of giving Loeb and other leaders the strike authorization they requested

After weeks of sitting on their hands, AMPTP returned to the virtual bargaining table with IATSE the day after the vote result was announced on October 4. They have been in conversation ever since, but IATSE said yesterday that if no deal was in place by 12:01 AM on Monday, it looks like the shut down will begin and the picket signs will go up.

To that end, members are being told to make sure their time cards are complete and take their belongings and kits home Friday at the end of the day, if they can.