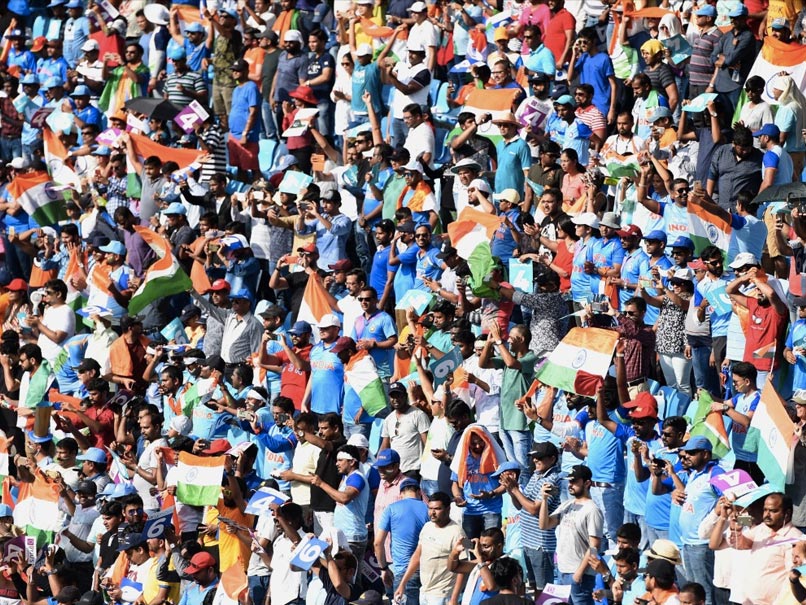 Fans will be allowed into stadiums during the 2021 T20 World Cup in the UAE and Oman.© AFP

The International Cricket Council (ICC) has started online sale of tickets for the 2021 T20 World Cup, with spectators set to be allowed at the event. ICC made the announcement on Monday, stating that venues in the UAE will operate at an approximate maximum capacity of 70% while the Oman Cricket Academy will welcome around 3000 fans in a temporary structure built for fans. The global T20 showpiece event will be held from October 17 to November 14 in the UAE and Oman.

“Tickets are available to fans to watch the top 16 T20 teams in the world vying for the ultimate prize in the shortest format, the ICC Men’s T20 World Cup starting in Muscat on 17 October and concluding in the UAE on 14 November,” ICC stated in a press release.

“In the UAE all venues will be operating at approximately 70% of maximum seated capacity, whilst Abu Dhabi has also introduced new socially distanced ‘pods’ of a maximum of 4 spectators on their east and west grass mounds. The Oman Cricket Academy has had a temporary infrastructure built to welcome 3,000 fans,” it added.

“The ICC and event hosts BCCI have worked closely with host authorities to ensure fans can be welcomed in a safe environment and COVID 19 protocols will apply at all venues.”

ICC’s acting CEO Geoff Allardice said: “The biggest sporting spectacle to have ever taken place in the region deserved to be played out in front of passionate cricket fans from all 16 nations competing and we are doing everything possible to keep it safe for all.”

BCCI secretary Jay Shah stated: “I am delighted that the ICC Men’s T20 World Cup will be played in front of cheering fans both in the UAE and Oman. My sincere thanks to the government of the UAE and Oman for paving the way for fans to return.”