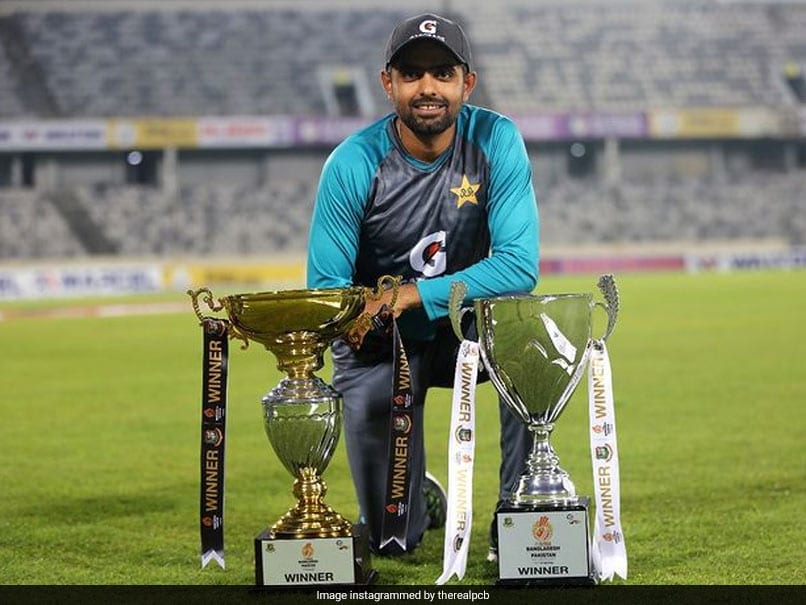 Pakistan captain Babar Azam poses with the trophy after a 2-0 Test series win vs Bangladesh.© Instagram

The Pakistan men’s cricket team strengthened their position at the second spot in the updated ICC World Test Championship (WTC) points table after registering an emphatic innings victory against Bangladesh in the Dhaka Test to clinch the two-match series 2-0. Pakistan improved their percentage of points (PCT) from 66.66 to 75 and stand next to Sri Lanka who are yet to lose a single Test in this WTC cycle. Bangladesh, on the other hand, continued their dismal show in the longest format as they are languishing at the bottom of the table.

Pakistan began the Test series on a bright note as they went past a helpless-looking Bangladesh side by eight wickets in Chattogram.

The visitors then stepped up their game in a rain-interrupted second Test in Dhaka and forced a result with the help of a heroic performance from their bowlers on the last two days.

Spinner Sajid Khan rose to the occasion and delivered in fine style with a 12-wicket haul in both the innings combined.

Sajid took 8/42 in the first innings of the second Test as he entered the history books with the fourth-best bowling figures by a Pakistan in Test cricket history.

Previous articleKotak Mahindra To Partner With Cryptocurrency Exchange WazirX, Account Can Be Used By Investors To Receive And Pay Money For Trading
Next articleBoost Immunity Naturally – Try These Basil (Tulsi) Drinks To Fight Infections
LocalTakSabse Tez