Identifying Bodies Difficult Due To Severity Of Chopper Crash: Sources 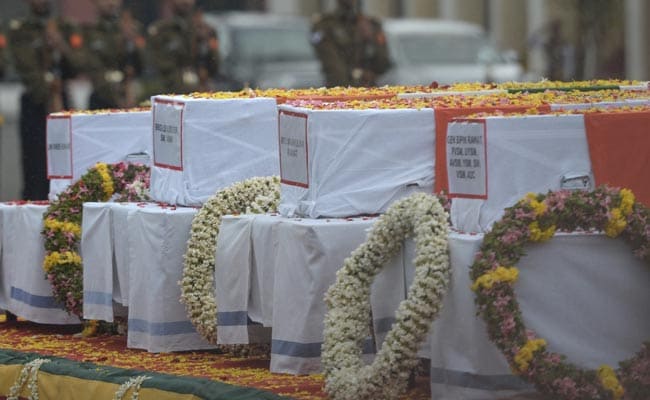 From Sulur, the mortal remains of all will be flown by the Air Force to Delhi. AFP

A day after Chief of Defence Staff General Bipin Rawat and 12 others were killed in a helicopter crash in Tamil Nadu, the Indian Air Force said identifying all bodies was proving to be difficult because of the severity of the crash.

Only four bodies, including those of General Bipin Rawat, his wife Madhulika Rawat, his Defence Adviser Brigadier LS Lidder, have been positively identified, they said.

Close family members of all those who died are arriving in Delhi where they will be asked to identify the remains.

They added that military rites would be ensured for of all personnel in consultation with close relatives “once the process of positive identification is completed”.

According to officials, all remains found at the crash site have been moved from Wellington to Sulur by road as the weather is not fit for air operations.

From Sulur, the remains of all will be flown by the Air Force to Delhi.

“All 13 bodies are being brought in an Indian Air Force C-130J Super Hercules transport aircraft from Sulur to Delhi,” sources said.

General Bipin Rawat, his wife Madhulika Rawat and 11 more were killed when the Mi5V17 chopper they were flying in from the Sulur Air Force Base to Wellington crashed.

General Rawat was heading to the Defence Services Staff College, Wellington, where he was to deliver a lecture before faculty and students.

Just 10 minutes before it was to land, the chopper burst into flames and fell on the hillside, according to witnesses. Locals and rescuers found burning wreckage at the site and extricated bodies, most of them charred.

Group Captain Varun Singh, the only survivor, is being treated for severe burns and is on life support.