“If It Wasn’t For The Dutch” – Matthew Hayden’s Rousing Speech In Pakistan Dressing Room. Watch 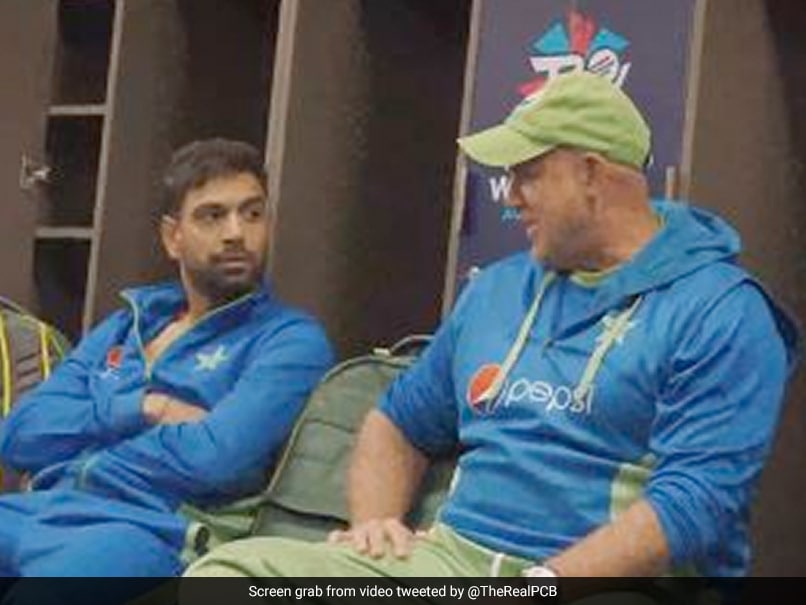 Batting great and current Pakistan mentor Matthew Hayden has admitted that his team’s semifinal qualification in the T20 World Cup was “a miracle” but said the element of surprise will make them the side to beat in the last-four stage. Pakistan were on the verge of elimination after their opening match defeat to arch-rivals India and the subsequent one-run shock loss to Zimbabwe.

But luck smiled on them when the Netherlands beat South Africa by 13 runs in one of the greatest upsets. Pakistan then beat Bangladesh by five wickets on Sunday to set up a semifinal clash against New Zealand at the SCG on Wednesday.

“It’s just a miracle that we are seeing unfold here but even before we got to this day, I sensed that we have this trust in the process, we have got the energy, we’ve got the commitment and belief to each other, then the magic just unfolds,” Hayden said in a dressing room speech after Sunday’s match.

“It hasn’t been smooth sailing. If it wasn’t for the Dutch, we are not here. But we are here and it is powerful because no one wants to see us and that’s the element of surprise we have got the advantage,” he said in a video footage uploaded by the PCB on their official Twitter handle.

Encouraging words from 🇵🇰 team mentor Matthew Hayden following the win over Bangladesh that sealed our spot in the semi-finals #WeHaveWeWill | #T20WorldCup pic.twitter.com/OgolOwGfGs

The former Australia opener was the batting coach for Pakistan in the last T20 World Cup in the UAE and was reappointed as mentor for this edition in Australia.

“They (other teams) thought they got rid of us, but now they are not going to get rid of us. We are here, dug in and I actually love how we have gone about this compared to the last World Cup because the expectations were enormous in the last World Cup. We blew everyone off the face of the planet.

“I think in T20 cricket, it’s one of those games that you can overplay, overtrain for and overthink. And when I look at this side and I have seen this for a while now, I think we are such a good reactive team.” Hayden reminded the players that they can be a real threat to other three teams remaining in the fray.

“Boys, we are dangerous, just understand and appreciate that. The moment Pakistan cricket fires off with intent and starts to reveal its teeth, we become a real threat. There will be no one in this world and this competition that would want to face us right now. Not one.

“Boys, moving into the next couple of days, clear your minds. Be free and be fresh for whichever game we play and just unleash again with just good, positive intent. Fearless cricket, almost forgetful cricket.

“Who cares what has happened over the last three weeks, we are here. So, well done. Just a magic day and you’re going to have to punch the smile off of my face.”