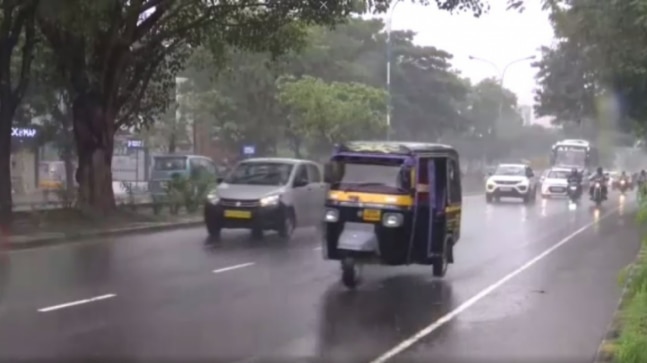 The IMD has announced a red alert for seven districts in Kerala. An orange district has been issued for Thrissur and Malappuram. CM Pinnarayi Vijayan has called for a meeting with district collectors and is also reviewing preparations with the disaster management office.

The IMD predicted that heavy rainfall will continue in Kerala until Thursday. (Credits: ANI)

The India Meteorological Department (IMD) has declared a red alert in seven districts across Kerala. An orange district has been issued for Thrissur and Malappuram, while a yellow alert has been sounded in the remaining five districts.

Thiruvananthapuram, Kollam, Pathanamthitta, Alappuzha, Kottayam, Ernakulam and Idukki are the districts where a red alert was issued on Monday, August 1.

Meanwhile, Chief Minister Pinarayi Vijayan has called for an immediate meeting with district collectors. He also visited the state disaster management office and inquired about the preparations in view of rainfall.

He further requested everyone not to travel to hilly regions if not necessary. Night travel has been banned in Idukki and control rooms have also been opened in various districts.

The IMD has predicted that heavy rainfall will continue till Thursday, and after that, the intensity will reduce.

Heavy rains lashed Kottayam and Pathanamthitta districts in Kerala, resulting in the death of four people and one person being injured.

Decomposed Body Of Child Found In Drain In Punjab

Karnataka Bans Gatherings In Shivamogga After Clash Over Savarkar Poster