India has been, will continue to be America’s major partner in fighting terrorism: US diplomat 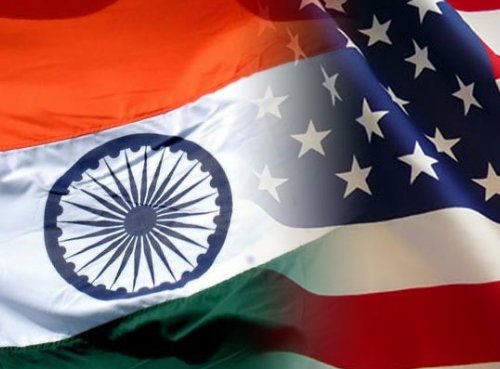 Washington: India, which has suffered far more than the United States when it comes to assaults, attacks and aggressions of terrorism, has been and will continue to be America’s major partner not only in countering the menace but also in other geo-strategic and security ways as well, a former US diplomat said Tuesday.

Addressing a virtual session on the theme: ‘Twenty Years after 9/11: The Evolution of US Peacebuilding Policy’, Ambassador George Moose, the Vice President of the United States Institute of Peace (USIP) here, said that India is and will continue to be a key partner for the US.

Moose, a career member of the US Foreign Service whose service with the State Department included assignments in Asia, Africa, the Caribbean and Europe, said that America values India’s attempts to deal with the treats of terrorism.

Asked if India, being a major victim of terrorism like the US, can play an important role in countering terrorism, he replied in the affirmative at the virtual meeting with the Keer Peace Foundation.

“Indeed. We know that India has suffered far more than the US when it comes to the assaults and the attacks and the aggressions of terrorism,” he said.

“We respect greatly the ways in which India has attempted to deal with those threats in the context of its democratic norms and values and institutions.

“And it is for that reason that India has been and will continue to be a major partner for the US not only in regard to this issue of terrorism but in other geo-strategic and security ways as well,” Moose said, adding that this reflected very recently in the conversations between Prime Minister Narendra Modi and President Joe Biden during their bilateral meeting in the Washington.

After their meeting on September 24, President Biden said that the relationship between India and the US, the world’s two largest democracies, is destined to be “stronger, closer and tighter”, as he hosted Prime Minister Modi at the White House for the first bilateral meeting and discussed a wide range of priority issues, including combating COVID-19, climate change, trade and the Indo-Pacific.

Moose, on the question of a collaboration between India and the US, said that India is and will continue to be a key partner for the US, not only in the immediate region of Asia, South Asia but more broadly as the United States seeks to understand and develop strategies for opposing the violent extremism.

“We have looked in many respects to India’s own experience to help us better understand how to deal with that threat. I think we all have, however, much to learn about the strategies that work as well as those that do not,” the US diplomat said.

“We all have also, I think agreed to learn about resisting the reflex, the reflex to resort immediately to the methods of the military or the intelligence communities in order to deal with those threats.

“As I said, it is often the case that those responses are both necessary and perfect but for the longer term, we know that we both need to become much more savvy, much smarter and more strategic in the ways in which we respond,” Moose added.

As America last month marked the 20th anniversary of the 9/11 terror attacks, President Biden visited all three sites of the 9/11 attacks — New York City; Arlington, Virginia; and Somerset County, Pennsylvania – where the hijacked planes had crashed.

Biden, along with First Lady Jill Biden and accompanied by former Presidents Barack Obama and Bill Clinton and former First Lady Michelle Obama and former Secretary of State Hillary Clinton observed moments of silence at the 9/11 Memorial where the Twin Towers were brought down as the hijacked planes crashed into them.

Nearly 3,000 people from over 90 countries, including India, were killed in the 9/11 terror attacks.