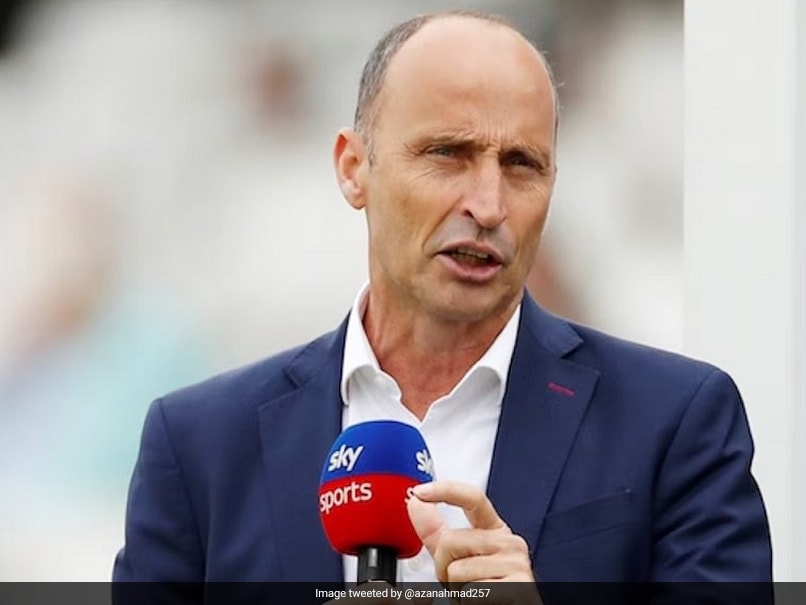 Former England captain Nasser Hussain has made a big statement about the Indian cricket team ahead of the second semifinal of the ICC T20 World Cup in which Rohit Sharma’s men will take on Jos Buttler’s England side. Hussain claimed in his column in The Daily Mail that the Indian team has not performed to their best in ICC tournaments. Whether these are mind games ahead of the big clash is something that is open for interpretation, but India have not won an ICC event since the 2013 Champions Trophy.

“You have to say they have underperformed in world tournaments. At times they have played some timid cricket with the bat for the players they have and when working for Sky last summer their former coach Ravi Shastri said that is something they have to change,” Hussain wrote in his column.

Apart from praising India’s in-form batting duo of Virat Kohli and Suryakumar Yadav in the column, Hussain also made his pick for the wicket-keeper batter’s choice, going for Rishabh Pant in place of Dinesh Karthik.

“India had been using Dinesh Karthik as their finisher but Rishabh Pant was back against Zimbabwe in their final group game on Sunday and is a freakish player in his own right. It will be interesting to see how they go with their keeper-batsman against England. I would choose Pant because of the unbelievable things he can do. Ideally India would want Hardik Pandya coming in after Pant for the last five overs because he is a serious hitter and gives them that extra bowling option,” Hussain wrote.

Previous articleTripAdvisor Down 19% In Premarket Trade On Profit Miss, Weak Outlook
Next articleSnoop Dogg Signs With WME In All Areas – Deadline
LocalTak™Sabse Tez