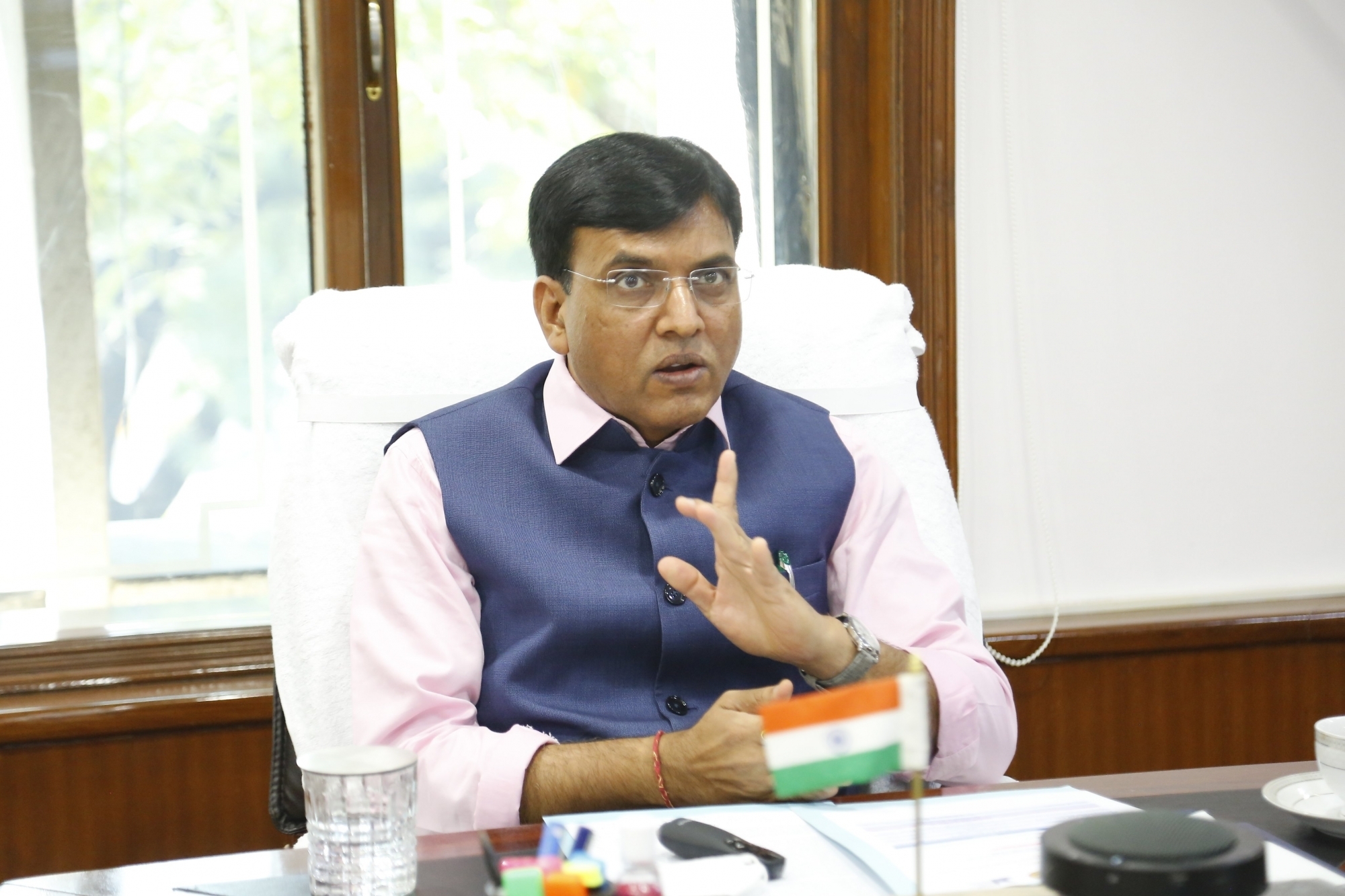 Till this evening, as many as “97.23 crore have been administered the first dose of Covid vaccine in the country”, he said at the launch event.

“We administered 2.5 crore doses one single day on September 17 and next week we will reach the 100 crore mark,” he said. “This has happened because of the effort put in by all.”

Covid-19 infections are decreasing in India, with 15,981 new infections reported in a day, according to official data on Saturday. That’s 4 per cent of the peak – the highest daily average reported on May 9 this year.

The minister said while it takes 5-10 years to test and develop vaccines, India has researched and developed an in-house vaccine, and to add to the complex manufacturing, the humongous logistics involving setting up cold chains, airport transfers, delivery to states, local storage and last-mile connectivity were set up in no time.

Kher, who has composed and sung the anthem, said it is essential to dispel myths and rumours surrounding vaccines and promote its usage so as to ensure all get the vaccine.

The development of a song called ‘tika-anthem’ or vaccine anthem has been sponsored by oil industry body FIPI.

Speaking on the occasion, Oil Minister Hardeep Singh Puri said vaccination has now become a people’s movement despite the negative narrative and falsehood spread by some in the country.

Stating that vaccine manufacturing in the public sector was stopped during the Congress-led UPA regime between 2004 and 2014, he said the opposition tried to create a “negative narrative” over the issue of domestically manufactured vaccines being safe.

“Vaccine hesitancy was spread but with the determination, focus and commitment of Prime Minister Narendra Modi, we were able to overcome and vaccination became a ‘jan andolan’ (people’s movement),” he said.

Puri said when the second wave of Covid infections broke out in April/May, modeling of rate of infections threw a maximum number of infections of 2.5-3 lakh but the peak touched 4.24 lakh cases.

“It’s a combined effort due to which we have reached where we are,” he said.

“Artists capture people’s imagination directly and so when we are within striking distance of the 1 billion vaccination mark, the vaccine anthem will look to promote greater use and reach the target of vaccine for all.”

He, however, cautioned that it was too early to declare victory over the virus. “We will be better equipped to deal with (a new challenge) both in terms of infrastructure and medical science” but “we should not declare victory yet”.