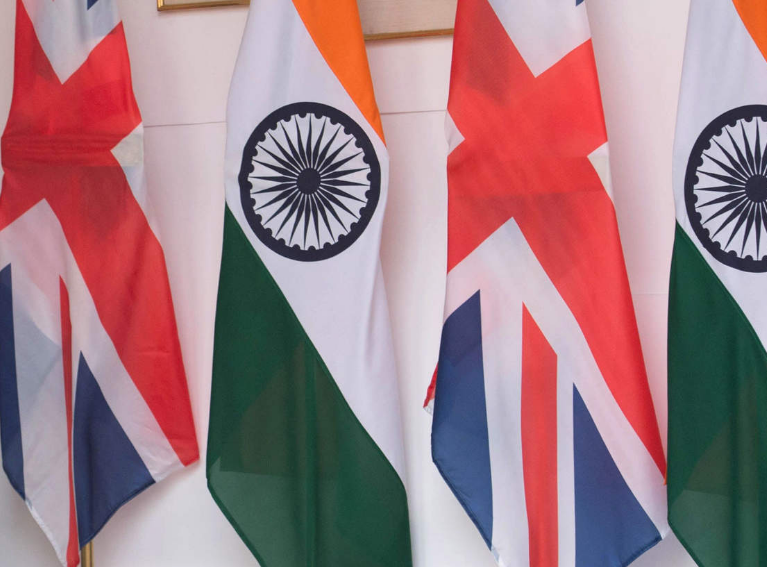 London: The India-UK free trade agreement (FTA) is reportedly on the “verge of collapse” after the Indian government was angered by comments made by UK Home Secretary Suella Braverman questioning action over visa overstayers from the country, a UK media report claimed Wednesday.

‘The Times’ newspaper quoted government sources to say that ministers in New Delhi were “shocked and disappointed” by the “disrespectful” remarks made by Braverman, who said she had concerns of an “open borders” offer to India as part of an FTA.

The likelihood of meeting the Diwali deadline for the pact, set by former Prime Minister Boris Johnson, is now believed to be diminishing.

“There’s still a lot of goodwill but if certain individuals are still embedded in the [UK] government it will paralyse the talks,” the newspaper quoted a source as saying.  Last week, Braverman, the Indian-origin Home Secretary said in an interview that she feared a trade deal with India would increase migration to the UK when Indians already represented the largest group of visa overstayers.

“I have concerns about having an open borders migration policy with India because I don’t think that’s what people voted for with Brexit,” she told ‘The Spectator’ weekly news magazine.

Asked about visa flexibility for students and entrepreneurs under an India-UK FTA, she said:  “But I do have some reservations. Look at migration in this country – the largest group of people who overstay are Indian migrants.

“We even reached an agreement with the Indian government last year to encourage and facilitate better cooperation in this regard. It has not necessarily worked very well.”

Braverman was referencing the Migration and Mobility Partnership (MMP) clinched between her predecessor in the Home Office, Indian-origin former Home Secretary Priti Patel, and External Affairs Minister S. Jaishankar in May last year.

The Indian High Commission here responded by pointing out that action had been initiated on all cases referred to it under the MMP.

“Mobility has been the key Indian ask and everything else – financial services, banking, education, rules of origin on whisky, etc, hinges on the mobility ask. And Suella has gone and pulled the rug from under that mobility ask,” a senior UK government source told ‘The Times’.

“They were apoplectic. Mad doesn’t even come close to describing how angry they are,” noted another.  While the perception is that Braverman is on a collision course with British Prime Minister Liz Truss, who is keen to clinch the FTA by the Diwali deadline, the report indicates that both are aligned on the issue of migration.  Meanwhile, the Indian High Commissioner to the UK, Vikram Doraiswami, met Truss at Downing Street Tuesday evening after which he tweeted: “Delighted and honoured to greet the PM Liz Truss at the 10 Downing Street this evening and to seek her guidance to build the very special India-UK partnership in trade, investment, defence and through the Living Bridge.”

Strategic experts on both sides are now of the view that if the Diwali deadline for the FTA is still met, the result would be a much less comprehensive deal than was expected, leaving key sectors open for future negotiations.

UK Trade Secretary Kemi Badenoch seemed to lay the groundwork for this last week, when she said that an FTA with India would not mean that “we can’t do even more later”.

The Department for International Trade (DIT) reiterated the UK stance that it would not sacrifice quality for speed.

It said: “We have a close, positive working relationship with India and a thriving trade partnership worth GBP 24 billion in 2021. We continue to seek improvements to our current trading relationship. This is why we are negotiating a high-ambition free trade agreement.

“We remain clear that we won’t sacrifice quality for speed, and will only sign when we have a deal that meets both countries’ interests,” it added.