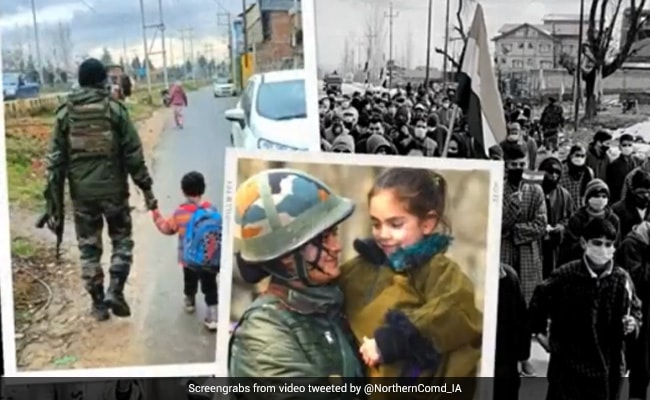 It underlines the importance of communal harmony.

Amid a spike in terror incidents in Jammu and Kashmir, the Army has put out a video, underlining how every section of the society has suffered the wounds of terrorism and assuring citizens that it is strongly with them in their fight for stability in the Valley.

The video, tweeted by the Chinar Corps of the Indian Army and titled “Kashmir Fights Back”, attempts to show the sufferings of the civilians, irrespective of their faith, and the efforts undertaken by the security forces to end terrorism and reinforce normalcy in the valley.

“The decades of terrorism has left us with orphans, widows, wailing mothers and helpless fathers,” reads the text.

The video shows the visuals of the exodus of Kashmiri Pandits, rescue operations, and stone-throwing incidents, and highlights how terrorists, through the decades, have misguided the youth of the valley and instigated enmity between different communities. It underlines the importance of communal harmony.

It further shows security personnel comforting civilians and children and concludes with a message of fighting terrorism and radicalisation together.