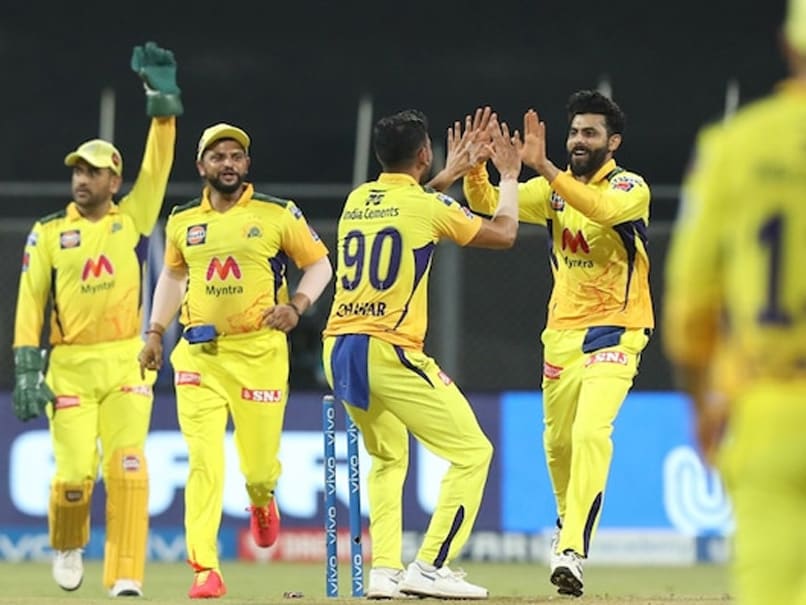 Match 12 of the Indian Premier League (IPL) will see Chennai Super Kings (CSK) take on Rajasthan Royals (RR) at the Wankhede Stadium in Mumbai on April 19. Both. CSK and RR occupy the fourth and the fifth place on the points table respectively, having won one game and lost one apiece. MS Dhoni-led CSK, who lost their opening encounter of IPL 2021 to Delhi Capitals (DC), came back strongly in the second game against PBKS with a comfortable six-wicket win. RR, on the other hand rode back on all-rounder Chris Morris’ blitz versus DC in the second game to register a win after going down against PBKS in a high-scoring thriller in their opening match. The presence of a number of stroke-makers and hard-hitting batsmen on either side makes this a mouth-watering class for the fans as they get to pick and choose from a bunch for their fantasy teams.

Sanju Samson (Credits – 9.5): The RR skipper scored a fine century in the first match against PBKS and started the tournament with a bang. Despite him getting out cheaply against DC, Samson remains one of the top picks for the fantasy teams due to his game-changing influence over the team combined with the responsibility of leading the side.

Samson has managed to maintain his terrific strike-rate of over 148 in the last two editions and is continuing his good run with a 180-above strike-rate this year as well.

Suresh Raina (Credits – 9.5): One of the most consistent pillars in the CSK side over the years, Raina picked up from where he left off in the IPL 2019 edition, as he missed out of last year’s IPL due to family reasons. Raina scored a brilliant 54 against DC in their opening encounter but couldn’t help the team cross the finishing line.

In 195 IPL matches, Raina has scored 5430 runs at a healthy average of 33.31 along with managing a fluent strike-rate of 137.15. For fantasy teams, Raina emerges out to be a safe proposition.

Chris Morris (Credits – 9.5): Chris Morris’ finishing blitz in RR’s match against DC showcased everyone the potential the South African possesses in this form of the game. Along with his hard-hitting abilities, his bowling prowess certainly acts as an add-on rated extremely highly while picking the fantasy teams.

Faf du Plessis (Credits – 10): The only player to be handed 10 credits in this fixture is a signal of his brilliance abilities in this format of the game. Bringing in a perfect balance of responsibility and aggression, Faf du Plessis is a must have in the fantasy teams for the fans due to his consistent nature of scoring regardless of the conditions or opposition.

He scored more than 350 runs in the last two editions and looks set to overhaul the two scores in this edition of the league.

Note: Price of the players are mentioned beside their names as provided by iplt20.com

<!-- -->Australia is going through a cycle of stop-and-start COVID-19 lockdowns in several cities. (File)Sydney: Australian officials on Monday extended a snap three-day...
Read more
Previous articleFrance Travel Restrictions For Americans To Be Eased In Early May – Deadline
Next articleNASA’s Ingenuity Helicopter Takes Flight On Mars, First On Another Planet
LocalTakSabse Tez