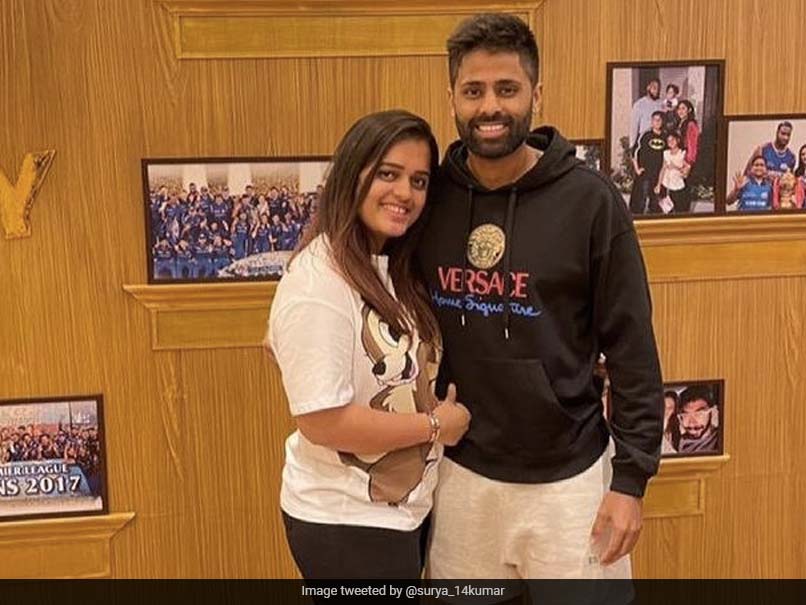 
Defending Indian Premier League champions Mumbai Indians (MI) on Thursday ended their two-match losing streak with a thumping seven-wicket win over the Sanju Samson-led Rajasthan Royals (RR). However, MI batsman Suryakumar Yadav stole the limelight after a picture of him kissing his wife Devisha Shetty after the match went viral on social media. Devisha was present in the stands behind a glass sheet during the game. After the match, Suryakumar went to the stands and kissed the glass sheet as Devisha brought her cheeks in front. Mumbai Indians captured the moment and shared it on social media. Mumbai Indians players and staff have been allowed to travel with their families in the bio-bubble.

Meanwhile, Suryakumar looked in good touch on Thursday night, scoring 16 off 10 balls at a strike rate of 160. However, he was not able to cash in on the good start and was caught behind by Jos Buttler off the bowling of Chris Morris.

MI skipper Rohit Sharma heaped praise on his unit after their third win of the season, saying that they desperately needed it.

“Absolutely brilliant, we needed this win badly after a couple of losses, we did pretty much everything right, from ball one, very clinical towards the end as well. This is something that was required, we took the responsibility, good to see a complete team effort,” Rohit said at the post-match presentation.

With this win, Mumbai have moved to the fourth spot in the IPL table with six points from as many games. They next take on Chennai Super Kings in the 27th match of IPL in New Delhi on Saturday.