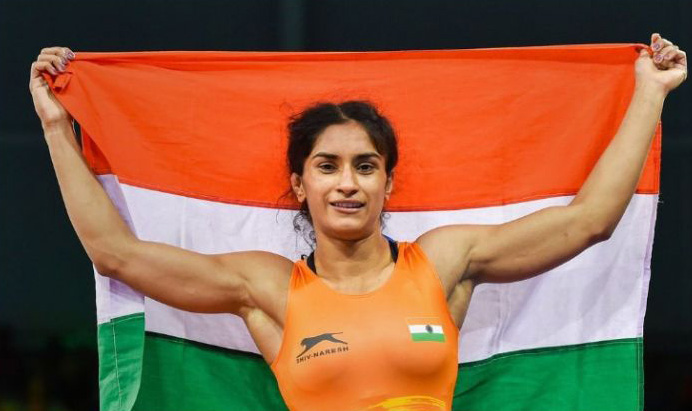 The allegations have been made by some of the country’s top wrestlers, including Vinesh Phogat, Bajrang Punia, Sakshi Malik and Ravi Dahiya.

The decision was taken during the IOA’s emergency Executive Council meeting, which was attended by the likes of Olympic champion shooter Abhinav Bindra, Olympic bronze medallist Yogeshwar, along with IOA president PT Usha and joint secretary Kalyan Chaubey.

Shiva Keshvan was a special invitee in the meeting.

IOA president Usha has assured that a thorough investigation will be carried out by the panel to ensure justice.

This comes after the agitating wrestlers had earlier Friday reached out to the IOA, demanding formation of an enquiry committee to probe the allegations against Singh, a day after threatening to lodge multiple FIRs against the WFI chief.

In a letter addressed to IOA president, the wrestlers alleged financial misappropriation (of funds) on part of the WFI and claimed that the coaches and sports science staff at the national camp are “absolutely incompetent”.

Reacting to the latest development, Usha tweeted, “As IOA President, I’ve been discussing the current matter of wrestlers with the members and for all of us the welfare and well being of the athletes is the top most priority of IOA. We request athletes to come forward and voice their concerns with us.

“We will ensure a complete investigation to ensure justice. We also have decided to form a special committee to deal with such situations that may arise in the future, for swifter action.”

The panel will call all the concerned parties as part of its investigation.

Sahadev Yadav told PTI, “We will call the wrestlers and listen to what they have to say and conduct a proper investigation.”

Putting forward their four demands, the wrestlers wrote: “We request the Indian Olympic Association (IOA) to immediately appoint a committee to enquire into the complaints of sexual harassment.”

The wrestlers also reiterated their demand that WFI be disbanded and its president be sacked.

“A new committee should be formed to run the affairs of WFI in consultation with the wrestlers,” they wrote in their fourth and last demand.

Further in the letter, the athletes pleaded, “It has taken a lot of courage for us wrestlers to come together and protest against the WFI President. We fear for our lives. If he is not sacked then the careers of all the young who joined the dharna will be over.”

They ended the letter by writing that “we will not budge until the WFI President is sacked”.

Vinesh had Thursday said that more woman wrestlers came forward with their stories of sexual exploitation and they would file multiple FIRs against the WFI president.

They met government officials Friday and later had a dinner meeting with Sports Minister Anurag Thakur at his residence after being called for discussion on the raging issue.