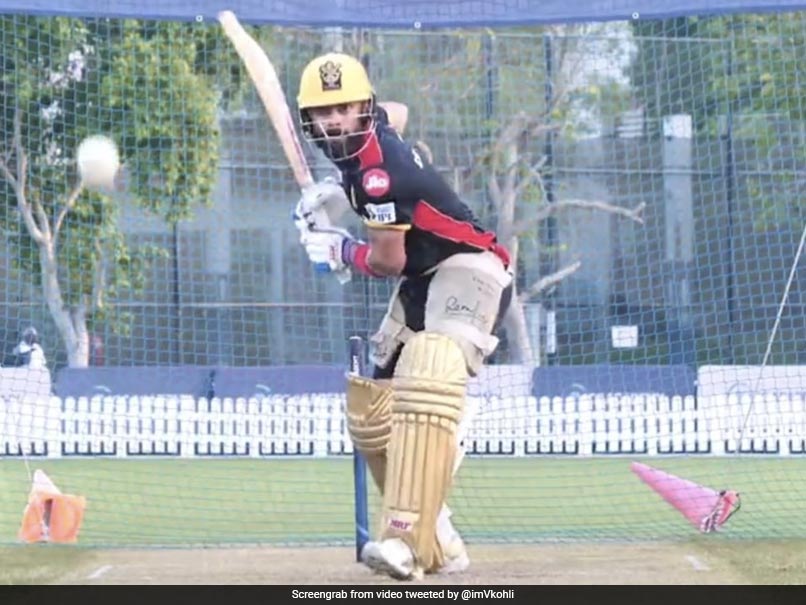 Virat Kohli put a broad smile on every cricket lover’s face when he posted a video on social media showcasing the range of his mesmeric and pristine hitting. During a net session of Indian Premier League (IPL) franchise Royal Challengers Bangalore (RCB), Kohli was seen going all-out against ball beings hurled at him at different lines and lengths. The IPL 2021 season has been a fine one so far for the RCB skipper, who has so far scored 307 runs in 10 games at an average of 34.11. He has registered three fifty-plus scores this season, with 72 not out being his highest.

Batting against both the spinners as well as the pacers, Kohli played an array of shots that covered the entire 360 degrees.

In T20s, Kohli’s performances as an opener has helped RCB put on a strong middle-order which includes the likes of AB de Villiers as well as Glenn Maxwell.

Along with opener Devdutt Padikkal, Kohli has been involved in crucial strong starts for his side this season.

The team balance provided by Kohli is paying dividends with RCB placed as high as third in IPL 2021 points table for the time being with six wins and four losses.

Kohli played a gem of an innings in RCB’s last game against Mumbai Indians (MI), scoring 51 runs in 42 deliveries which paved the way for a remarkable 54-run win for RCB.

RCB next take on a struggling Rajasthan Royals (RR) tomorrow at the Dubai International Stadium.

Previous articleSoon, Pay For Your Taco Bell Order With Dogecoin, Avocado Ice Cream With Bitcoin, Here’s How
Next articleJeans, Clothes Could Get Pricey After Cotton Prices Reach A Decade High
LocalTak™Sabse Tez