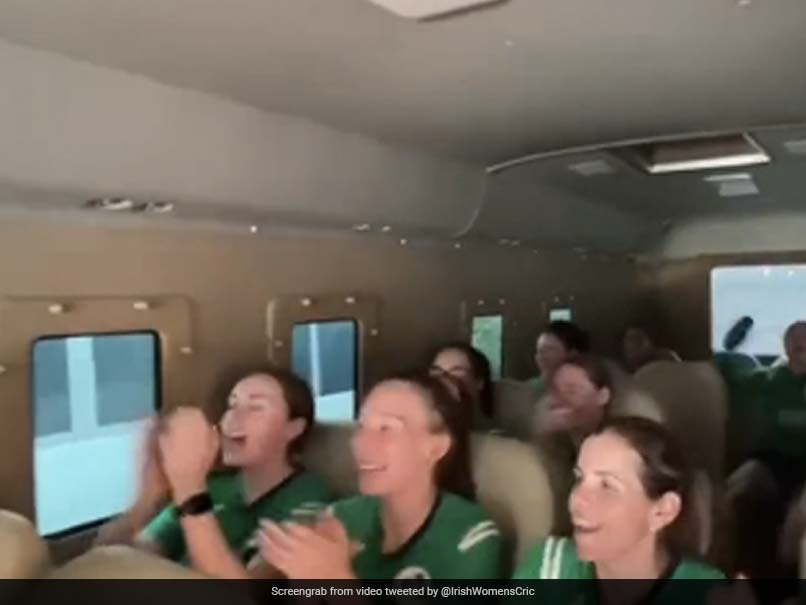 Ireland registered a historic win over Pakistan, defeating the hosts in the third T20I of the three-match series to clinch a series win in their first-ever visit to the nation at the Gaddafi Stadium on Wednesday. Ireland defeated Pakistan by 34 runs in the decisive match of the three-match T20I series, which was tied at 1-1; thanks to Gaby Lewis, Amy Hunter, and Arlene Kelly. Following their win, the Ireland team was seen celebrating in their team bus.

The singing has started.

Opted to bat first, Ireland openers Lewis and Hunter established the tone with a 110-run stand for the first wicket. Only three times in women’s T20Is had Ireland managed a century stand.

Lewis and Hunter concluded the powerplay on 56 without a loss, and by the end of the tenth over, they had sped to 87. They did a good job of utilising the crease to investigate the holes in the field.

Lewis took the initiative and scored a half-century in just 26 balls, the second-fastest for Ireland in T20Is. Hunter was dismissed by Nashra Sandhu for 40, and Lewis was also out after two overs for a 46-ball 71.

However, Orla Prendergast maintained the momentum by scoring 37 runs off just 23 balls at No. 3 to break the opening stand. Ireland posted 167 for 4, their highest against Pakistan.

In response, Pakistan consistently lost wickets while Javeria Khan continued to bat from one end. She reached her half-century off 36 balls thanks to a flurry of fours off Laura Delany and Richardson, but Jane Maguire soon had her chopping one on, severely deflating Pakistan’s chances of winning the game.

At that point, Pakistan required 86 off 53 balls and had six wickets in hand; however, despite Nida Dar’s 24-ball 26-run struggle against the spinners, the task was impossible.

The ODI series of the tour was won by Pakistan, whitewashing Ireland 3-0.