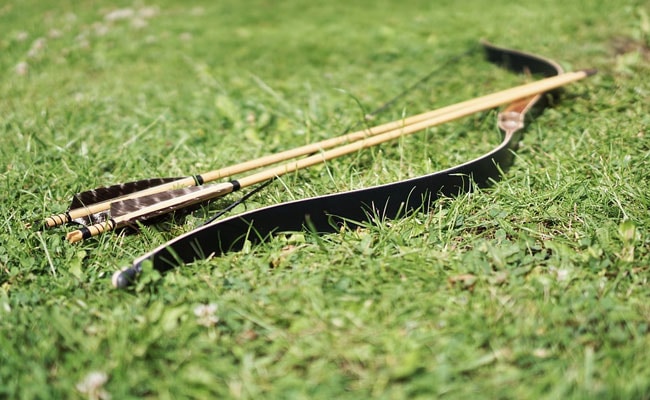 An Italian man has been charged with racially-aggravated murder after fatally shooting a Peruvian with a home-made arrow for making too much noise in the street, authorities and media reports said Thursday.

Javier Alfredo Romero Miranda was “killed by an arrow shot by a madman” on Tuesday, Genoa mayor Giovanni Toti said on Twitter.

The father of two had been celebrating the birth of his second child with fellow South Americans, according to ANSA news agency.

The baby was born just the night before, on Halloween.

Evaristo Scalco, 63, fired at the 41-year old from his window after arguing with the group about their rowdy behaviour, media reported.

Witnesses said he was heard shouting racial abuse before raising his bow.

The arrow, which police said was the type usually used to hunt boars, reportedly hit Romero Miranda in the liver.

Video footage seized at the scene showed Scalco then attempting to help the Peruvian before the ambulance arrived.

Romero Miranda died a few hours later in hospital, according to the Secolo XIX local newspaper.

Police found some 60 home-made arrows at Scalco’s house, it said.

Mayor Toti called it an “absurd death” and said there was “no nightlife, noise or any other situation that could justify such a reaction”.