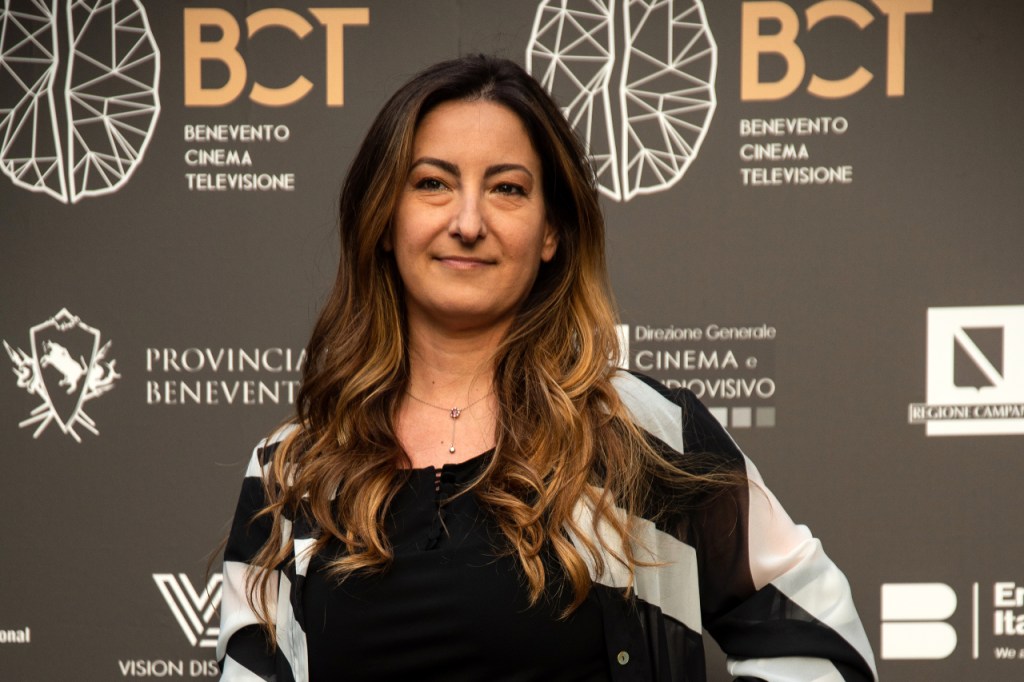 Publispei is one of the oldest TV and film production companies in Italy and creator of some of the country’s most beloved, long-running series such as Un Medico In Famiglia and I Cesaroni.

Until now, the company’s renown has been confined to Italy but company president Verdiana Bixio wants to change this and expand its international footprint.

The Rome-based producer is in Los Angeles this week for the Italian TV Forum&Festival (ITTV) where she will present Publispei’s upcoming high-end crime show Flowers Over The Inferno on Tuesday (November 8).

The presentation will be part of a larger Rai Fiction ITTV showcase of upcoming dramas, moderated by Michele Zatta, Commissioning Editor International Co-Productions at the Italian state broadcaster.

“It marks a change for me to present a series first in Los Angeles rather than in Italy,” says Bixio.

“The move to be more international is a necessity in a market where there are no longer borders, in terms of genre, geography or language,” she continues. “Recently there has been a lot of interest around Italian creativity and we’ve been working towards being in a position to respond to that.”

The push into the international space marks a fresh departure for Publispei which until now has focused mainly on mainstream, multi-episode, feel-good comedy dramas aimed at the local market.

Bixio notes, however, that Publispei has regularly pushed into new areas over its 50-year existence, as it adapted to the times.

The company was founded in 1972 by the popular singer and music producer Gianni Ravera. He was joined in the early 1980s by Verdiana Bixio’s late producer father Carlo Andrea Bixio, who took a 50% stake in the company.

Bixio was the son of Cesare Andrea Bixio, one of Italy’s most famous popular music composers and lyricists, who also founded the Cinevox music label specialized in the production of soundtracks, an area in which Publispei is still involved to this day.

Together Ravera and Bixio relaunched the Sanremo Music Festival, which was one of Italy’s most watched televized events throughout the 1980s and 1990s. When Ravera died in 1986, Bixio took full control of the company.

By the mid-1990s, the popularity of Sanremo, and other grand-standing contests in the same vein, was starting to wane. Bixio began looking for other activities and sources of income.

“Shows like Sanremo which had been very fashionable started to be less important, while TV series were starting to become a proper business,” recounts Verdiana Bixio.

Publispei kicked off its move into drama with Un Medico in Famiglia, adapted from Spanish show Médico de familia, which was produced by Globomedia for Telecinco. It took four years to develop and shoot and finally launched in 1998, with a 52-episode first season. Subsequent seasons ran to 26 episodes.

“As it was an experiment, we took a Spanish format for our first show. It lasted three seasons in Spain, while we got up to 10 seasons over the course of 20 years,” says Bixio.

The Italian version revolves around recently widowed family doctor Lele Martini, who moves to a town just outside Rome, with his three children and recently retired father. The storyline follows their day-to-day adventures as they settle in and then become part of the fabric of the local community.

“The series ended in 2016, but it was one of the champions for viewing figures on (catch-up service) Raiplay during the lockdown, even though the audience there tends to be younger. I think it appealed to viewers at that time in history, for its familiarity as well as its themes of family. It offered a kind of refuge.”

The series has since found a third new life through an Italian rights deal with Netflix, which made it available on the platform this year.

I Cesaroni, a drama about a blended family which ran on Mediaset channels from 2006 to 2014, also enjoyed a revival over the pandemic following the acquisition of Italian rights by Amazon.

“It did amazing numbers with a lot of zeros,” comments Bixio.

With time, Publispei started making its own original shows such as the 2008 to 2012 hit show Tutti Pazzi Per Amore, another blended family comedy-drama which distinguished itself by the insertion of pop songs acted out by one of the characters in each of the episodes.

“These series represent certain moments in Italy’s history. They were mirrors of society for spectators at the time, which also gives them a certain force today,” says Bixio.

The company also made a foray into costume drama in 2009 with the two-part miniseries Sisi, co-produced with Germany’s EOS, Sunset Austria for ZDF, ORF and RAI.

Bixio, who has been involved in the company alongside her studies since her teens, was appointed president of Publispei in 2012.

Under her tenure, the company moved into feature filmmaking with films such as Studio Illegale, about a hotshot young lawyer with a disastrous personal life, and Giuseppe Piccioni’s These Days which played in competition in Venice in 2016.

In recent years, Bixio has been on a drive to diversify the company’s drama and non-fiction slate.

“We’ve been trying to operate like an advertising agency, working in a leaner and more dynamic way to develop all sorts of projects, experimenting with different types of language,” she says.

In 2019, the company produced ExtraVergine series, with Fox Network Group Italy for FoxLife. The tale of a 29-year-old virgin who is mistakenly employed as a sex advice columnist marked the first foray into TV drama for Italian auteur Roberta Torre, best known internationally for film festival titles such as Tano da Morire and South Side Story.

“The company has always moved with the times,” says Bixio. “This is a tradition I’m trying to continue with the talents in our network. This is a market in which the audience is increasingly demanding and tastes change fast. Between the time when you conceive a project, and when it shoots, things can have moved on completely.”

Alongside Flowers Over The Inferno, the company is also completing post-production on its first major documentary series, Tony Saccucci’s Lotta Continua,

Adapted from journalist Aldo Catzullo’s work I Ragazzi Che Volevano Fare La Rivoluzione: 1968-1978: Storia di Lotta Continua, it explores the rise and fall of the controversial far-left paramilitary organization in which students and factory workers united for social justice in the early 1970s.

Publispei is producing the work with the support of Rai, Raiplay and Istituto Luce and recently presented the project during the MIA Market in Rome.

“We’ve been working on this for a while. It follows the paths of five people connected to Lotta Continua,” explains Bixio.

“What spurred me to get behind this courageous work is that nothing has ever been made about the movement. It’s a 15-year period that has never really been explored. We’re not looking to pass judgement on whether it was good or bad but rather to look at the facts.”

On the international front, Bixio also notes renewed interest around Tutti Pazzi Per Amore, for which remake rights have been acquired for China and also sparked interest in the U.S.

“No international productions have come to fruition as yet. This is maybe because the cost of the music rights is quite high, representing 30% of the budget,” she says.

Publispei is also in the process of developing a new raft of material across all formats involving talents not connected with the film and TV world.

“We’ve diversified our collaborators,” says Bixio. “The idea is to work with people from outside fiction, with different interests, from entertainment to design.”

We want to come to the market with projects that are fluid, sparkling and less expected. We’re being disruptive while continuing our core classic business. It’s been a lot of fun and we hope to unveil the first projects to come out of this approach very soon.”