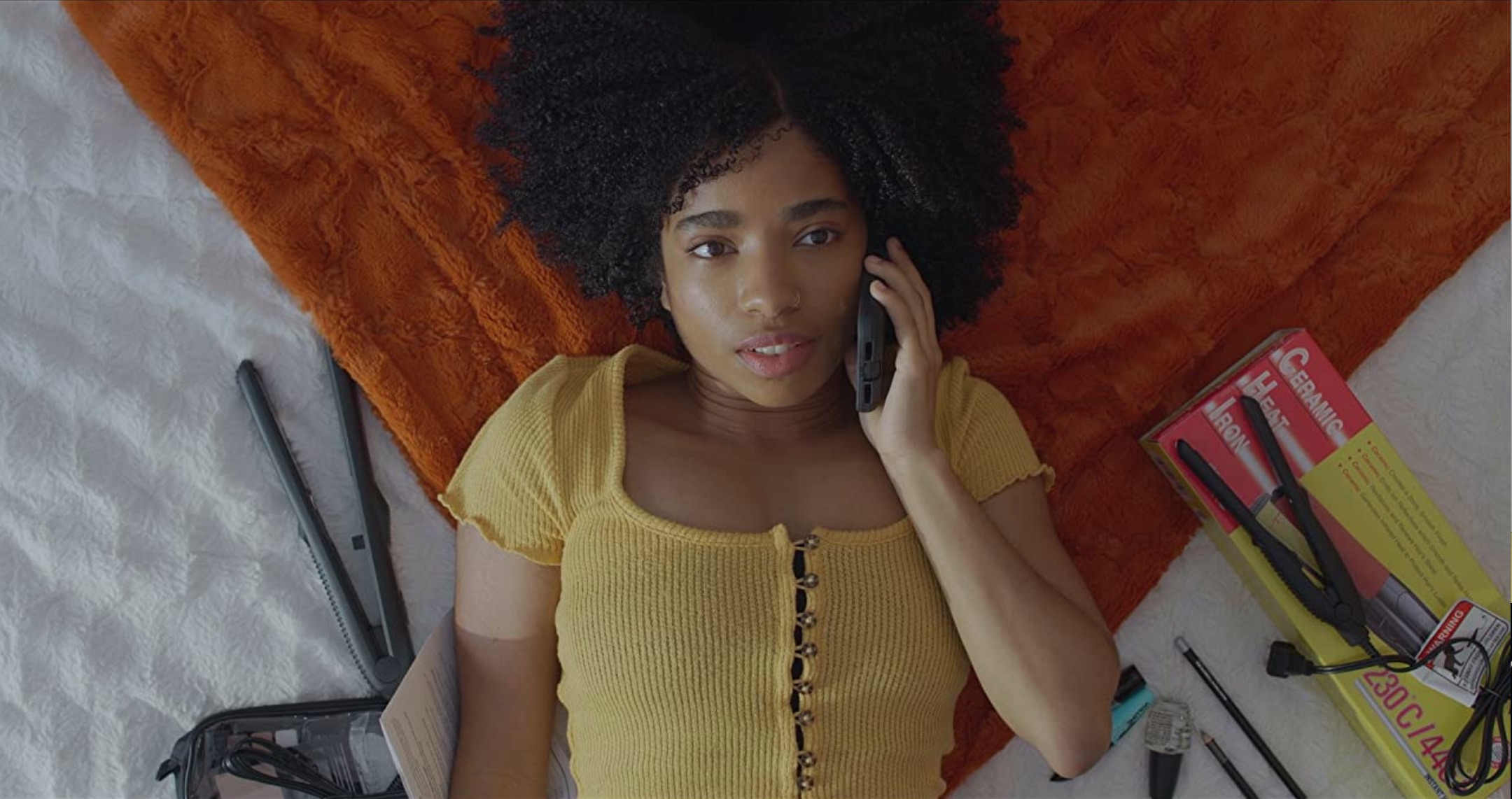 Every year since 1968, September 15 marks the beginning of the Hispanic Heritage celebration in the United States, which originally lasted just one week. In 1989, President George H. W. Bush changed it to a month-long observance from September 15 to October 15. Several dates within this month commemorate the anniversaries of multiple Latin American countries winning their independence back from Spain.

So much of this month is overshadowed by the ongoing discussion of what this community should be called — Latino/a, Latine, Latinx, Hispanic. This list goes on and on and the options are endless, but isn’t that the beauty of it? This community does not exist as a monolith and cannot be simplified down to a single word or definition because it encompasses such a range of cultures, histories, and perspectives. The experiences cannot be universal because they are all so undeniably personal; to aim for a universal or definitive form of existing means erasing and silencing someone else along the way.

This community is diverse and its collection of stories should be celebrated, but to do that calls for inclusivity and listening to people and experiences that may not connect or relate to you directly. This month should be a time to learn about the pieces of this culture and its history that you may not know already, as well as to celebrate the parts of it within ourselves that we carry with pride.

This week’s VOD and podcast picks all aim to do just that by telling the stories of Latinas and the Latinx community as a whole by bringing in new perspectives from a several creatives. Jeanette Dilone’s short “Rizo” tells the story of an Afro-Latina grappling with her identity as an actress in Hollywood. There are also two short films highlighted from the PBS series “The Latino Experience”: Maria Victoria Ponce’s “Death & Deathability: A Period Piece” follows a young girl as she believes she’s dying after starting her period for the first time, and Karina Lomelin Ripper’s “La Tienda” documents Latinx letterpress printers who use their business to raise awareness for social and global issues. A podcast we’re spotlighting is “Latinx Lens,” which is hosted, produced, and edited by Rosa Parra and Catherine Gonzales and sees the two Latinas discussing and critiquing Latinx representation on-screen and across several areas of the film and television industry.

This September, the USC Annenberg Inclusion Initiative published their research, in partnership with UnbeliEVAble Entertainment and Wise Entertainment, about the lack of Hispanic/Latinx representation in film. The report examines how this group makes up a large portion of our country’s population, but are so rarely seen on our screens. The research also explores how the representation we do often see is based on stereotypes, and very few Hispanic executives work at the largest studios. These statistics are a tough reminder that there is so much more work left to do — that’s important to acknowledge this month and beyond. Despite these hurdles, there are plenty of Latinx filmmakers, writers, and creatives making moves to tell their stories.

Here are Women and Hollywood’s latest VOD and podcast selections.


“Rizo,” a short film written and directed by Jeanette Dilone, is about an Afro-Latina actress navigating her identity within the film industry. It shines light on the white-washing that occurs in casting television and film, especially when casting Latinx roles. The film follows the daily struggle of Dominican-American actress Cristina (Laura Guzman) who is consistently denied roles because she doesn’t fit the white Latina mold we often see on-screen. Cristina shocks casting directors as she disrupts their anti-Black vision of what Latinas should look like; she endures their offensive questioning and blatant judgements. When faced with the decision of changing her hair for a role, she is placed in a position of potentially losing out on a job or altering herself to appease people who don’t know her or her culture. “Rizo” is ultimately a story about finding your voice amidst criticism and claiming your narrative against the structural powers at play.

In her director’s statement, Dilone explained, “As a first generation Afro-Latina actress pounding the pavement in New York, I know firsthand what it feels like to be judged, for better or worse, by your appearance.” She goes on to say, “I wrote ‘Rizo’ based off my own experiences as an actress and woman of color and was equally inspired by the stories and sentiments of close friends who have been through similar situations.”

This narrative is a reality for so many; the anti-Blackness within the Latinx community does nothing but add fuel to the ongoing centering of whiteness occurring in every industry. Dilone’s short film is a great example of what happens when projects by underrepresented creatives are granted funding and able to be made. She’s telling story that holds truth for her and so many others, as well as depicting a narrative we rarely see.

Dilone’s film was one of three winners of this year’s HBO Latinx Short Film Competition, and also received Best of Latin Cine at the 2021 Santa Fe Film Festival. It is currently streaming on HBO Max.

This year PBS launched a three-part series called “The Latino Experience“: it presents a variety of scripted and documentary-style short films to showcase an array of stories and perspectives with as much variety as you would find within the Latino community itself. These short films capture different experiences to “highlight the diversity of the Latino/a/x community and to illuminate the vibrancy of the United States and Puerto Rico.”

One highlight from the series is “Death & Deathability: A Period Piece,” written and directed by Maria Victoria Ponce. This short film follows a young girl, Ceci (Blanca Ordaz), as her first period arrives and she becomes convinced she is dying. She spends her assumed last day alive completing a very specific bucket list — from “lie in the grass and read Jane Austen” to kissing her crush, aka “the most important thing.” Ceci spends the day relishing in the beauty of her life as if she’s already lived long, while simultaneously showing the audience her naivety via her lack of understanding around this major body change. She breaks the fourth wall throughout the film, taking the viewer on a journey through her life of hyperbole and careful planning as she prepares her own funeral because “death should be an art.”

A nonfiction short film showcased in the series, Karina Lomelin Ripper “La Tienda,” follows Daniela del Mar and Camila Araya Pérez, two Latinx letterpress printers and artists living in Portland, Oregon. They utilize their craft as not only an art but also a form of social justice. By providing the canvas for slogans for protests and movements, they want their business to serve as a creative endeavor and a way to rally their community. “The personal is very political, but the personal is also very universal,” del Mar says, explaining how a personal passion for letterpress molded into an outlet for blending social awareness.

“The Latino Experience” is streaming online for free through October 15, the end of Hispanic Heritage Month. 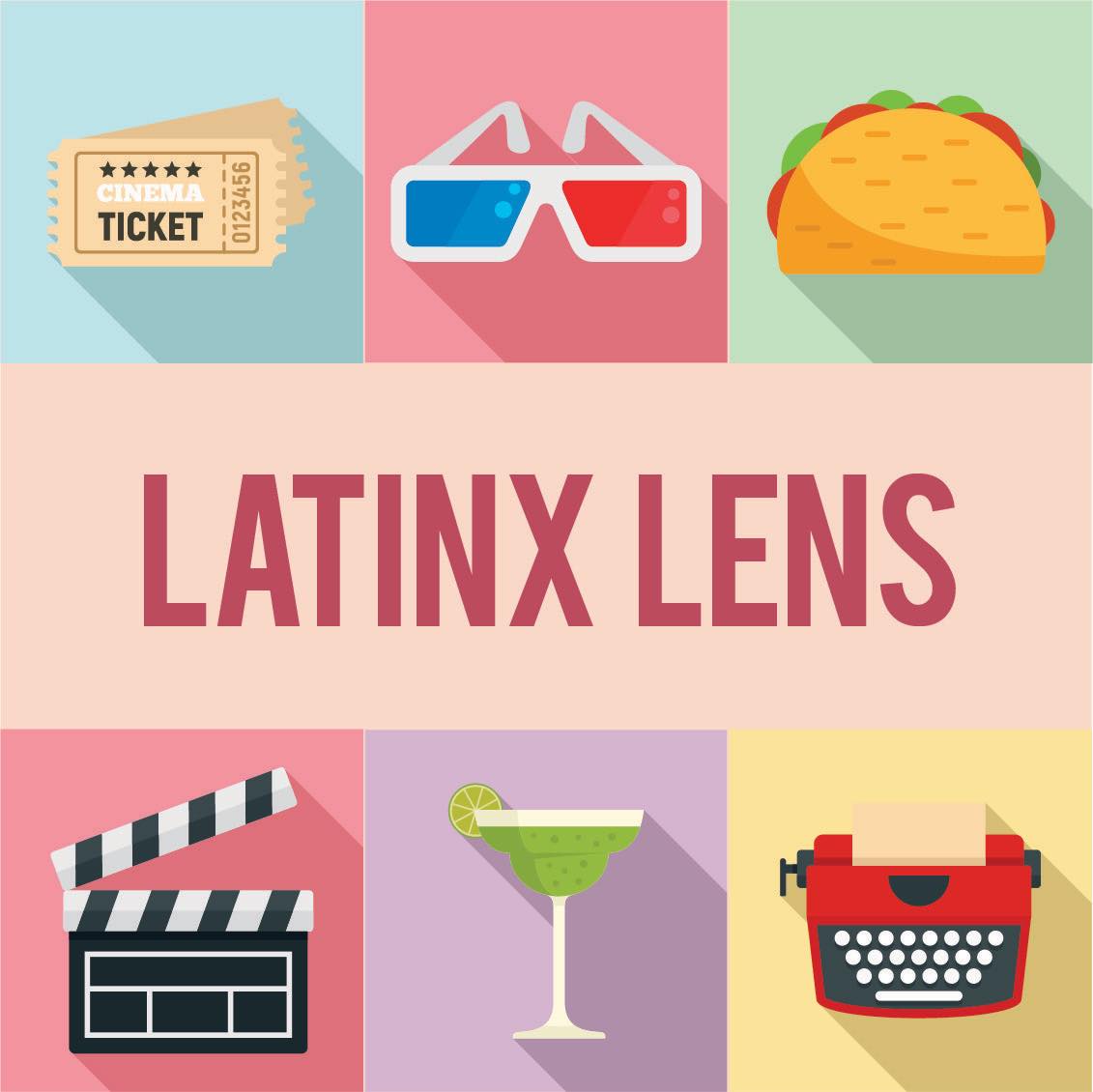 In search of a new resource that provides reviews, history, and entertaining analysis about all things film related? Latinx Lens is a podcast that does just that. It “offer[s] another lens in film and television criticism by highlighting Latinx representation and contribution in film and television,” per its Patreon page. Latinx Lens is hosted, produced, and edited by Rosa Parra and Catherine Gonzales, who provide detailed reviews and insights into the film and television industry from a Latinx perspective, a critical point-of-view that is too often overlooked.

It can sometimes feel like film critics are impossible to relate to — their voices or views do not connect with those of the audience. But this podcast shares with its listeners in a way that aims to prompt analysis and conversation beyond the episodes. It’s exciting to hear Parra and Gonzales’ takes because they’ve created an outlet out of the genuine desire to share with people who may have interests in these topics but no prior access to this information.

The podcast was conceived of when, “after taking a film history course, Rosa was disappointed to discover that only a page and a half was discussed about Latinos in Hollywood from a 500-page textbook,” the hosts reveal. “She posted a tweet about wanting to start a podcast and the rest is history. Catherine joined as co-host and Latinx Lens released their first episode in July 2020.”

“Latinx Lens” is bringing opinions and perspectives from two Latinas who understand this industry and want to share their knowledge with listeners. It’s educational, entertaining, and inspiring to hear about the histories of Latinx creatives in show business — while at the same time recognizing that there is so much more work to be done for this community.

Learn more about “Latinx Lens” on its website, and listen on Spotify, Apple Podcasts, or Patreon.